Your landlord got foreclosed. Do you have to go? 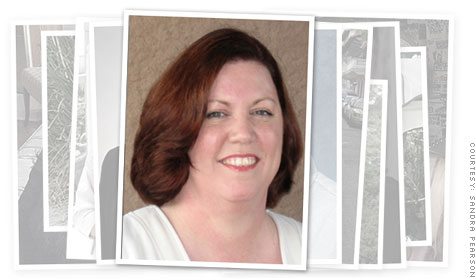 NEW YORK (CNNMoney.com) -- Renting a home that is going through foreclosure? If so, don't be fooled: Lenders can't kick you out; they have to honor the terms of your lease.

Of course, that doesn't mean that some lenders' representatives aren't trying to scare people away.

Sandra Pearson has lived in her rented townhouse in Santa Maria, Calif., since July 2007. But last October, the single mom -- whose 17-year-old son suffers from epilepsy and autism -- was served with a vacate notice.

The owner of the home had lost it to foreclosure and the servicer, First Federal Bank, wanted Pearson out. She showed them her lease, which runs through June 2010, and proof of on-time payments and thought everything was cleared up.

But in December, First Federal failed, and OneWest Bank took over its assets -- including the Santa Maria townhouse. When Pearson went to pay her rent, the agency managing the property for OneWest refused to accept the check. They threatened her with court action and claimed her lease was not legitimate.

"They scare the wits out of you," Pearson said.

OneWest eventually agreed to allow her to finish her lease; however, a bank spokeswoman said they still believe there were problems with the documents.

Under the Protecting Tenants at Foreclosure Act, which Congress passed last May, tenants like Pearson are usually eligible to stay after the property has been foreclosed as long as they have a valid lease and are paying their rent regularly. Even renters on a month-to-month lease get 90 days to leave.

But tenant advocacy groups charge that lender representatives, including some unscrupulous real estate agents, have been preying on tenants' ignorance. They pressure renters by sending them misleading letters that drive some out.

One letter sent out by a Texas law firm stated, "This letter constitutes formal and final demand that you vacate the premises within three days [emphasis ours] of the date this letter is delivered."

Worse, the message threatens legal costs if tenants don't comply. With that facing them, many fold their tents.

"The average person wouldn't know the law has changed," said Robert Doggett, an attorney for Texas RioGrande Legal Aid. "People assume they have to leave."

There is no official data identifying the number of people who have received such letters, but advocates think it could be quite high considering the number of properties bought for investment and rented out during the boom years.

The attorney general of Connecticut, Richard Blumenthal, has fielded numerous complaints. "Potentially, it could be affecting thousands of tenants," he said. "We're warning banks and real estate interests: foreclosure is not excuse for illegal eviction."

Early in February, he sent out cease-and-desist letters to 15 lenders, including such big names as Wells Fargo, HSBC and Citibank, nine law firms and six real estate companies, urging them to comply with the act.

The banks all denied any intentional wrongdoing. Some did say they have absorbed huge volumes of foreclosed properties with little, if any, infrastructure in place to handle the extraordinary number of repossessions.

In fact, many often contract with outside companies -- law firms and real estate brokers -- to handle the workload. And in some cases it may be those contractors who are overstepping the bounds, without the banks' knowledge, according to Gabe Treves, program director at California advocacy group Tenants Together.

"The realtors see tenants as a roadblock to their commission," he said, "so they bully and mislead them into signing away their rights to say in their homes."

That almost happened to taxi driver Owen Casper, who found a note on his door from a real estate agent telling him he had 30 days to get out of his San Diego home.

"It gave me two options," he said. "Continue in the home on a month-to-month lease or take keys for cash. But the agent told me because I was already month-to-month, my only option was to move."

The agent represented Fannie Mae, the government sponsored mortgage giant, which has a strict policy of protecting tenants. But, apparently, the agent hadn't gotten that message.

Casper is thankful he called Tenants Together and fought the eviction. They advised him to speak directly to the mortgage company since the bank might not be aware of the agent's bad behavior.

After Casper contacted Fannie Mae, it arranged for him to talk over his situation with a new agent. "She made it very easy for me to stay in my home," he said. "I got a year lease at very affordable rent."

To Blumenthal, whether or not it's policy or rogue representatives is not particularly relevant. "One way or the other, the outside contractors act as the lenders' agents and so [the lenders] are legally responsible," he said.

A seasonal guide to home maintenance