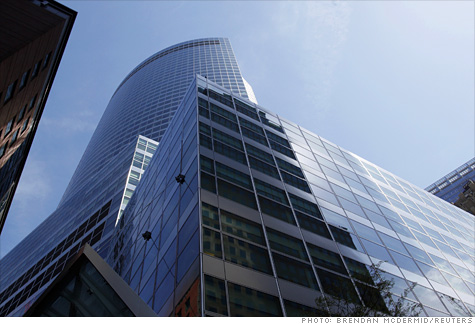 (Fortune) -- This, friends, is the Goldman Sachs story we've all been waiting for, the accusation that just might stick. The Securities and Exchange Commission has charged Goldman and a senior employee with deliberate deception of some customers in order to benefit others.

If it's true, Goldman (GS, Fortune 500) stands to lose the one thing its harshest critics have never been able to take away from it: its clients.

Unlike those enraged at seeing their tax dollars fund the Wall Street bailout, Goldman's customers don't care a whit about the fact that monies paid to save teetering insurance giant AIG (AIG, Fortune 500) ended up in Goldman's pockets. Or that the investment bank continues to pay its employees a king's ransom. More like the opposite: no one wants to do business with a loser, and Goldman is anything but.

Winning is one thing, though. Lying is another. What the SEC has accused Goldman of is outright lying to certain of its customers in order to curry favor with others. According to the SEC complaint, Goldman told buyers of a package of mortgage securities that an "independent, objective third party" selected its contents.

Alas, it was not the case. They were chosen by another -- and more favored -- client, hedge fund manager John Paulson. And he chose them because they he wanted a package of mortgages that would implode. And implode they did.

While Paulson has no complaint with the bank, it's a fair bet that the customers who were on the wrong end of that trade will think twice before buying anything from Goldman again. But there are three bigger questions that we will likely see the answers to in the weeks and months ahead.

1. Was this deal -- an instrument known as Abacus 2007-AC1 -- a solitary instance? Or did Goldman do this many times, to many different customers?

The SEC is going to have to tell us that. After all, the suckers on the other end of such deals don't have much impetus to admit they were taken. It's a good bet, though, that there are more to come.

After all, if there's one thing about Wall Street you can bank on, it's that its denizens will do anything over-and-over again if they can continue to make money from it. It's hard to believe that Goldman vice president Fabrice Tourre didn't think to do the very same thing again, with the same or different customers.

Speaking of which, this brings to mind an example of poorly-performing securities being packaged together to be sold to some patsy investors: the now-infamous "Magnetar Trade" recently written about by Jesse Eisinger and Jake Bernstein at ProPublica. We haven't heard a peep by the folks on the other end of that one, either.

In November, Goldman CEO Lloyd Blankfein made vague references to malfeasance at a conference: "We participated in things that were clearly wrong and have reason to regret," he said. "We apologize." But to whom was he apologizing and for what?

2. Does Goldman actually lose a meaningful number of customers if this behavior is proven to both widespread and true?

Remarkably, that's a tough call. After all, there have been rumors for years that Goldman frequently engages in front-running of its own clients' trades -- that is, putting their own interests ahead of their own customers by trading in front of big orders -- but no one has had the guts to come forward and actually accuse them of it.

One notable hedge fund manager I know took millions of dollars of business away from Goldman because he was convinced they were doing it to him -- but even then, he wouldn't go on the record about it. Most firms will still trade with Goldman, though, because Goldman can get the trades done.

You just hope you're not one of the ones they're taking advantage of.

3. Are competitors eating this up?

Surprisingly, no. On first glance, you might think that other Wall Street firms would be chuckling over Goldman's latest public relations flap. To be sure, some will, with jokes flying at rival trading desks. But most don't think all the Goldman-bashing is funny anymore.

"In the old days, it helped when a great competitor like Goldman Sachs suffered," says a member of the executive committee at one of Goldman's rivals. "Nowadays, it just adds more tarnish to the image of the industry and hurts all of us."

No kidding: shares of J.P. Morgan Chase (JPM, Fortune 500) were down nearly four percent on the Goldman news, and this only two days after stellar results from the bank.

Likewise, Bank of America's (BAC, Fortune 500) strong results reported this morning couldn't stop a shareholder exodus; that stock was also down four percent by mid-day. But Goldman once again takes the prize: By 1:00 p.m., shares of the company's stock were down 11 percent.

Goldman's response has been to quickly bunker up. After the news broke, it put out a one-sentence response reading: "The SEC's charges are completely unfounded in law and fact and we will vigorously contest them and defend the firm and its reputation." It's that last word that means the most.

Duff McDonald is the author of Last Man Standing: The Ascent of Jamie Dimon and JPMorgan Chase.