(Fortune) -- "Our assets are our people, capital and reputation. If any of these is ever diminished, the last is most difficult to restore."
-- From Goldman Sachs Business Principle No. 2

The hot question on Wall Street these days is whether Goldman violated the securities laws in the Abacus case, as the Securities & Exchange Commission charges. But I don't much care about the legality of what Goldman allegedly did, because something doesn't have to be illegal to be wrong. And almost everything about the Abacus 2007-AC1 "synthetic collateralized debt obligation" deal was wrong. 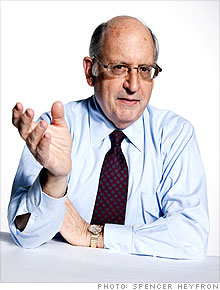 No, not for legal reasons, but for the reason Goldman cited in Principle No. 2. The firm not only put its reputation at risk in Abacus, but by its own account also managed to lose money on it. It wasn't just dumb, it was double dumb.

Let me explain. Abacus, as we'll soon see, wasn't an investment vehicle -- it was a gambling vehicle. By definition, with a synthetic CDO someone's gain is someone else's loss. Think of it as a big-bucks poker game in which Goldman lined up three high rollers, provided them with a private room, helped negotiate the rules, and took a fat fee for bringing everyone together.

When you host one of these games, you not only have to make sure that it isn't rigged, you can't afford to have it looked rigged, in case the losers (or the people who cover their tab) go to the cops. In addition, if you're smart -- what Goldman calls "long-term greedy" -- you make sure the game doesn't help undermine the society that makes your business possible.

Goldman, based on what I think I know about this case, violated both these principles. (The firm, not surprisingly, declined to comment beyond what it's already said.)

The key to grasping the Abacus deal is something I didn't see in the SEC's filings or statements. It's that a synthetic CDO, such as Abacus 2007-AC1, involves betting, not investing. In this case, it allowed players to bet on the direction in which a "reference portfolio" of securities based on junk mortgages would move.

All the Abacus players in this game knew there was someone betting against them. It's not the same thing that I wrote about in 2007, when I showed how Goldman had peddled a security, GSAMP 2006-S3, based on mega-trashy second mortgages, then later bet that such mortgages (but not these particular securities) would decline in value, but hadn't told that to its clients.

In the Abacus case, Paulson & Co., then a little-known operation, bet that the reference portfolio would tank, which it did almost immediately -- hence the bad smell to this deal. Three players bet that it wouldn't: ACA, a firm that puts its name on the deal; a German bank called IKB; and Goldman itself. ACA lost $840 million, which ultimately came out of the pockets of British taxpayers because Royal Bank of Scotland, which got a government bailout, had guaranteed ACA's ability to cover its bet. IKB, which also got a government bailout, lost $150 million, which ultimately came out of the pockets of German taxpayers; and Goldman lost $90.9 million, which more than wiped out its $15 million fee for setting up the deal. Goldman seems to have taken the least-risky piece of the deal, but got bagged anyway.

So at the end of the day, you have Goldman facilitating a deal that cost European taxpayers about $1 billion. As soon as the British and German publics figure this out, if they haven't already, there's going to be hell to pay in Europe. That's not good for capitalism, to say the least.

Goldman has been flying close to the sun for several years now, coming out way ahead at the expense of clients, governments, and taxpayers. Now, all of this is starting to catch up to the firm. As witness the SEC case, which seems more than a little weak legally, but that tars Goldman as amoral, at best, immoral at worst. It will take years for Goldman to erase the stain to its reputation, if it ever does.

If I were a betting man, I'd put money on Goldman prevailing in court, should the SEC charges go to trial. But in the court of public opinion, Goldman has already lost. And given the current state of things, that's the court that matters.

Did Goldman sell its soul for measly $1B?