Where's the outrage over Goldman Sachs's other mortgage foray?

(FORTUNE) -- Back in 2007, before Goldman Sachs (GS, Fortune 500) had become a 24/7 whipping boy, my colleague, Doris Burke, and I wrote an article showing how Goldman had peddled a particularly wretched issue of mortgage-backed securities to its customers, and had also bet against the kind of mortgages that made up the securities.

Goldman hasn't been charged with any wrongdoing arising out of the issue we focused on, called GSAMP 2006-S3. But in many ways, it was a more outrageous deal than the Abacus 2007-AC1 "synthetic collateralized debt obligation" that provoked SEC charges filed on Apr. 16. 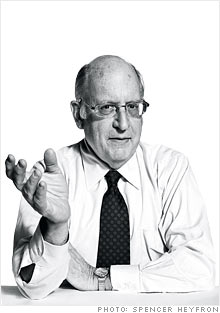 The SEC charge is that Goldman didn't disclose that John Paulson's hedge funds had helped assemble Abacus and were betting on a drop in value. However, all the allegedAbacus victims knew someone was betting against them, because that's how synthetic CDO's work: you can't have a long without a short.

But a regular mortgage-backed issue, like GSAMP is different. GSAMP investors -- who, like the Abacus players, were professional money managers -- had no way of knowing that Goldman had decided that the kind of mortgages GSAMP owned were real stinkers, and had made money betting against them. (Goldman says it didn't bet against GSAMP's securities, a statement I have no reason to doubt.)

So read our 2007 tale "Junk mortgages under the microscope" and the 2009 follow-up "Junk mortgages: It just gets worse," and shake your head. Or laugh bitterly. Or both.