Why is there no safety.gov - especially for oil? 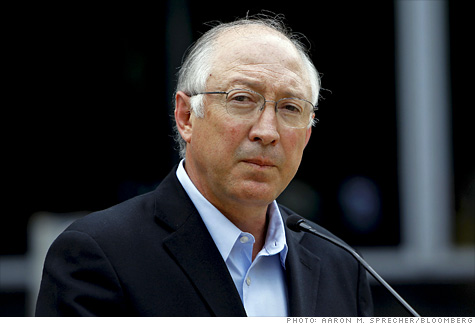 Fortune -- Even as BP races to somehow cap the spill from the wreck of the Deepwater Horizon in the Gulf of Mexico, it and the other major oil companies already have another mess to clean up: the status of their safety statistics.

It may seem premature to address the issue when thousands of gallons per day of crude are still spilling out of the sea floor, but the Minerals Management Service, the regulator responsible for monitoring drilling activity, is facing a major overhaul. And if the state of oil company safety information doesn't get fixed soon, it could quickly fall further into the void.

The MMS regulates offshore drilling, so Transocean's destroyed Deepwater Horizon rig falls under its jurisdiction. Yet the regulator also issues drilling permits and collects $13 billion a year worth of royalties from the exploration companies it monitors. Though such financial relationships sound unseemly, they're not unheard of in the intersection between regulator and corporation. What is less common (but not without precedent) are the 2008 allegations against MMS employees in Denver who were sharing sex, drugs and money with oil industry officials.

MMS will split into two bodies. Solution or punishment?

In a tactic recognizable to unruly high school students everywhere, President Obama's Secretary of the Interior, Ken Salazar, announced on May 9 that he wants to split the MMS into two parts. One section would be the Office of Safety and Environmental Enforcement, which would have no ties with the licensing, fee-collecting side of the MMS. This would be mainly an administrative move, and wouldn't require congressional approval for the bulk of it. And it presents a good time for the MMS to become more transparent about safety.

Easier said than done, though: the oil industry has a poor track record for transparency. Today, the New York Times reported that the MMS has been shushing scientists who've warned against the environmental risks of offshore drilling. The paper also said BP (BP) has been inexplicably vague about the true spill rate in the leak. They lowballed the initial figure to 1,000 barrels a day, which was quickly upped to 5,000 by independent research groups, and have consistently barred scientists from they access they need to use more accurate methods of measure.

This week Fortune reported that statistics about oil company safety records are too scattered to be useful to anyone, including people who want to buy stocks. "It's not clear to me that there's any way of working out who the safest companies in the U.S. are," said Deutsche bank analyst Paul Sankey in a letter to investors. He also wrote that safety records are key information for investors, since spills kill stock value. BP's stock has dropped by 15% since the Horizon sank.

The information flow comes from too many pipes

Part of the information flow problem is that safety statistics come from all over the industry. A division of the federal Department of Transportation called the Office of Pipeline Safety oversees pipelines, the federal Occupational Safety and Health Administration oversees refineries and the MMS oversees big offshore rigs like Transocean. Now, the MMS will splinter further, which means it might be even more difficult to access safety information about offshore drilling.

Government information can be extremely difficult to access when two organizations share responsibility for it, says John Wonderlich, the Policy Director for the Sunlight Foundation, a non-profit that pushes for government transparency and accountability. There's a good chance that dividing the MMS will complicate the process of getting any data, he says, and oil companies are already particularly elusive.

On top of that, there's no strong legal mandate to make government data more accessible. There are a weak couple of sentences tacked on to a government appropriations act in 2001, says Wonderlich.

"At the heart of government-wide data quality was a very brief rider on a government appropriations bill that has led to complex and often inappropriate regulations about how data should be treated by the federal government. It's kind of unfortunate."

But it may be a good move for the MMS to try to look more transparent if it's already restructuring. It's a smart public image maneuver, according to Wonderlich, who claims that the White House wants to support organizations that seem to have nothing to hide. They've set up platforms like data.gov and recovery.gov in the attempt to organize government information. Why not an easy-access safety.gov platform?

A dashboard is only as good as the data behind it

"I think the biggest lesson we learned from recovery.gov is that the underlying data and the reporting processes needed to be fixed in order for it to be effective," says Wonderlich. The reporting processes for oil company safety numbers are scattershot. Before dolling up the data on an accessible interface, the whole collection method would need an overhaul.

It could get one. An Interior official told Fortune that the administration wouldn't be able to deal with data flow issues until Salazar's 30-day investigation of the MMS is over. That means the clock is ticking; both on the time that Salazar will have to address the issue of opening safety data to the masses, and on the time until the next oil-caused environmental disaster.