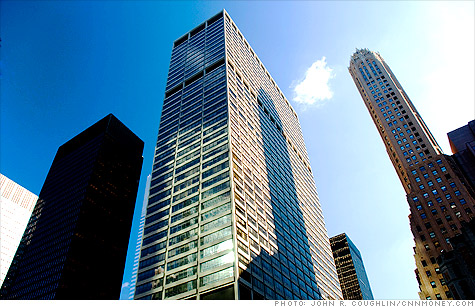 FORTUNE -- While private equity fund managers work to come up with ways to avoid higher taxes, they can take comfort in the fact that new financial regulations could create some new business opportunities.

Most likely to reap the benefits of a regulatory overhaul are sprawling firms like Blackstone, Carlyle, and KKR, which built up significant lending and advisory businesses over the past few years. These big-name leveraged buyout shops are also investing in credit, arranging financing for LBOs, and providing mezzanine and rescue financing to other businesses - just the sorts of activities that could become less appealing to banks after new rules are passed.

"The overall message of this legislation is that we want banks to not take on risky activities, including leveraged buyouts or significant lending for private equity transactions," says Bob Profusek, who chairs the M&A practice at law firm Jones Day. "Other players will provide capital and support for these activities, and the financing industry will become even more diverse."

Before the financial meltdown, the largest LBO players often talked about a desire to diversify into other lines of business to help smooth out the bumpy returns generated by leveraged buyouts. And private equity firms have already taken on traditional investment banking roles. Most recently, KKR said in a regulatory filing that it will help underwrite the initial public offering of NXP Semiconductors, a company that it bought a controlling stake in from Philips Electronics in 2006. KKR also helped underwrite the IPO for Dollar General, another portfolio company.

"I've been doing this for 30 years and will tell you that the system is drowning in money from every corner of the earth," says Profusek. "If banks won't provide the capital to do deals, someone else will."

That someone else? Private equity

If financial regulation discourages banks from engaging in certain activities, the opportunities for private equity firms could continue to grow. For example, there are rules on the table that would make securitizing loans less appealing for banks by forcing them to keep a portion of the final security on their books. Inking loans for things like LBOs was more attractive when it was possible to offload the risk. But a non-bank firm with advisory and lending operations, like Blackstone, could making a loan for an LBO.

"There are going to be any number of activities that the US-based global banks and investment banks may not with ease be able to continue to do," says James Tanenbaum, chair of the Morrison & Foerster's global capital markets practice. "Securitization may next flourish at a private equity firm. The mortgage business needs to be financed, and as banks get rid of mortgage platforms private equity firms may build them. Reform could help private equity and hedge funds enter markets that have been dominated by financial firms with essentially lower costs of funds."

Two years ago, Fortune noted that buyout firms were on track to morph into the sorts of asset management firms that came to dominate Wall Street in the 1980s, after brokerage houses went public and became full service financial powerhouses. Congress is now helping them complete that transformation, by narrowly focusing on the business models of a handful of large banks. Much of the financial reform package appears premised on the idea that if risk can be wrung out of the banking system proper, it will be wrung out of the entire financial community. But that's simply not the case.

The government's financial reform package could force banks like Goldman Sachs to spin out its private equity business - the largest in the world - and place curbs on riskier business lines. But for now, the government is ignoring the fact that the reform package opens the door for PE shops to get into the very same business lines that it sees as problematic for investment banks today.

When private equity firms were at the height of their powers in 2007, a longtime Wall Streeter said that Blackstone's chief executive, Steve Schwarzman, aspired to be leveraged buyout legend Henry Kravis and investment banking god Bruce Wasserstein, all rolled into one. With financial regulation coming for the big banks, Schwarzman and guys like him may finally get their wish.

How to keep your carried interest from the taxman
The year of the vulture
The best private equity deal to ever fall apart
First Published: May 27, 2010: 12:23 PM ET