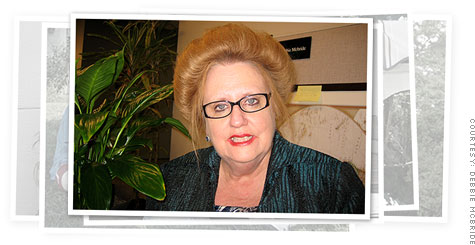 NEW YORK (CNNMoney.com) -- If you lose your job after June 1, you'll see more than just your paycheck disappear. You also won't get the 65% federal subsidy to cover your COBRA health insurance premium.

That's because House Democrats last week opted not to extend the subsidy in order to bring down the cost of a jobs and tax bill winding its way through Congress. Continuing the provision through Dec. 31 would run $7.8 billion.

The loss of the 15-month subsidy leaves hundreds of thousands of newly jobless Americans to shoulder the burden of health insurance coverage on their own. On average, the monthly premium alone eats up 84% of a person's unemployment check, according to Families USA, a consumer advocacy group.

Dozens of people currently benefiting from the subsidy wrote to CNNMoney.com in recent days to say how crucial it is. Without the extra help, they said they could not afford to pay for their coverage and their treatments for diabetes, cancer, high blood pressure and other ailments.

"I'm unemployed. I don't have money to pay for medical bills," said Stephanie Kohnke, a St. Paul, Minn. resident who lost her job in May and is waiting to be approved for the subsidy. "This is the worst time to lose that safety net."

House Speaker Nancy Pelosi, D-Calif., said Tuesday that she plans to revisit the COBRA subsidy. However, she noted, it is a controversial provision that could be difficult to pass.

The subsidy was created in February 2009 as part of the Obama Administration's $787 billion stimulus program. It was among a number of measures meant to aid Americans suffering during the Great Recession.

Those who lost their jobs between September 1, 2008 and May 31, 2010 were eligible to have the federal government pick up 65% of the monthly premium's cost if they continued their employer-sponsored insurance under COBRA. Originally scheduled to last 9 months, it was later extended to 15 months.

Just how many people are filing for the subsidy isn't known. But a recent Treasury Department survey found that between 25% and 33% of eligible jobless New Jersey residents were participating and most of them were middle class.

Ann Bates is thankful that she has the COBRA subsidy that brings her monthly premium down to $181 a month. Without it, she'd have to pay more than $500 a month for coverage, a price she couldn't afford since she only collects $1,450 in unemployment benefits.

A Cedar Rapids, Iowa resident who lost her office manager job in February, Bates said she must have health insurance or she couldn't afford the insulin she takes for her diabetes. With insurance, it costs her $75 a month but without it, the price zooms to more than $300. And that doesn't include the cost of syringes and test strips.

Debbie McBride knows exactly what the newly unemployed are going through. McBride, who lost her administrative assistant position at an aerospace company in February 2009, just exhausted her 15-month subsidy and is now left to fend for herself.

Unable to afford her $390 unsubsidized monthly premium, McBride refilled her five prescriptions last month. She has looked for cheaper health plans but can't find one, especially now that she has diabetes.

McBride has yet to pay her June premium because she doesn't have the funds. The La Habra, Calif. resident said she doesn't know what to do.

"Where are we supposed to get the extra money?" she asked.