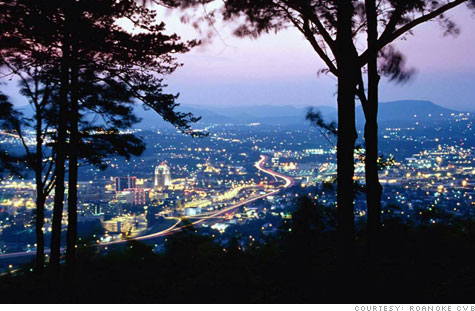 To get there, Virginia scaled back expenditures in several areas, including public education and state-employee compensation. But even that wasn't enough to put the state in the black: Better-than-expected individual and corporate income tax collections also helped.

"Through reducing spending and making tough choices we have closed historic budget shortfalls without tax increases, and run a surplus," said Virginia Gov. Bob McDonnell said in a statement. "This is a positive development for our state, but this continues to be a very tough economy."

While belt-tightening and cautious spending will continue -- officials are holding the 2011 budget to 2006 levels -- Virginia is planning to dole out some of the largesse. About $83 million of the unexpected surplus will go to boost state employee pay with a one-time 3% holiday bonus in December.

"Our state employees have worked without any increase in pay for nearly four years," McDonnell said. "State employees were successful in identifying more than $28 million in savings, and I thank them for their efforts and their dedication to our Commonwealth."

The surplus will also award $18 million to the local school district and $22 million to Virginia's Water Quality Fund, which aims to clean up the Chesapeake Bay.

A portion of the money will also support the state's Transportation Trust Fund, and the remainder of the distribution will be determined in the coming weeks, state officials said.

Several other states, including West Virginia and Connecticut, are sharing similar good fortunes. But even they had to cut deep in order to end a grim year with some extra cash. The only states that didn't have to slash their budgets in fiscal 2010 were Montana and North Dakota, according to the Center on Budget and Policy Priorities.

The news is "a glimmer of positive: Things are getting worse, but at a slower pace," said Elizabeth McNichol, a senior fellow with the state fiscal project at the Center on Budget and Policy Priorities. "We haven't seen state revenues bounce back and turn a corner yet."