Census Bureau returns $1.6B of its operational budget 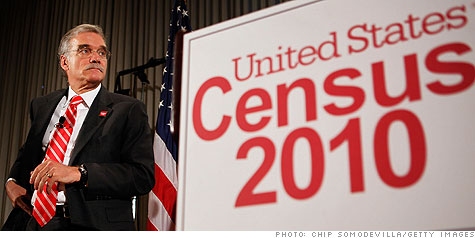 WASHINGTON (CNN) -- The U.S. Census Bureau is giving back almost a quarter of the money it received to do its job this year.

According to a statement from Locke, the savings included:

-- $800 million from an emergency fund that never was needed;

-- $650 million in the door-to-door questioning phase of the census survey because 72% of households returned mailed questionnaires; and,

-- $150 million because of lower-than-planned costs in some areas including Alaska and tribal lands.

"With proficient management, the cooperation of the American public and a little bit of luck, the Census stayed on track with significant cost savings to taxpayers," Locke said in the statement.