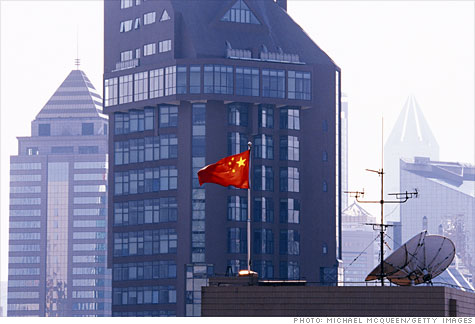 FORTUNE -- Now that Japan has been knocked out by China as the world's second-biggest economy, the next question is: When will it dominate the U.S.? The Asian powerhouse could unseat the U.S. from the top spot as early as 2030, experts say, reconfirming China's growing influence on economies in every corner of the globe.

But a lot could happen over the next 20 years. Japan has been the world's second-largest economy for most of the past four decades. At one point, there was even speculation that Japan would eventually unseat the United States -- in the 1980s, Japan edged very close, but not close enough.

But unlike Japan, which has an older, smaller population and an economy that saw lackluster growth for more than a decade, China has plenty more room to grow. Its potential lies in the fact that about one-fifth of the world lives there and virtually every major company looking to increase market share, from General Electric (GE, Fortune 500) to Caterpillar (CAT, Fortune 500), has a strategy to somehow reach those consumers.

But what does it really mean for China to be the No. 2 economy in the world, let alone the No. 1? And what could practically stand in the way of China eventually becoming the world's biggest economy?

For one, says Nicholas Lardy, senior fellow with the Peter G. Peterson Institute for International Economics, China's demographics are vastly changing, potentially constraining its supply of workers. Although its population is about four to five times bigger than the U.S., its prime working age population of 20 to 35 year-olds is beginning to shrink as the country continues enforcing its policy limiting couples to one child. What's more, the vast majority of the population living in rural areas is either very old or very young. The huge cost of growth is predicted to only continue to go up as demand rises for everything from cleaner air and water.

The fact that China's economy is driven so heavily on investments and exports will eventually catch up with the country's leaders sooner rather than later. While China's exports have remained strong amid uncertainties of the global economy -- in July, exports rose 38.1% to $145.5 billion, and the trade surplus with the U.S. widened by 46% to $28.7 billion -- demand for Chinese goods will likely drop off considerably with lackluster U.S. growth and debt problems in parts of Europe.

And if we look at the value of China's GDP, it's clear that the country isn't necessarily richer. It's just a lot bigger. For the three months ending in June, Japan's economy was valued at $1.29 trillion. China came in higher at $1.34 trillion. But they are still dwarfed by the U.S. economy, which had a GDP of $3.5 during the same period.

Yet citizens of the U.S. and Japan are still the richest in the world. America boasted an income per capita of $42,240 last year, while Japan came close at $37,800. For its size, China has made incredible strides in raising individual incomes, but it lags far behind at nearly $3,600. Even if China trumps the U.S. economy in the next two decades, income per capita will definitely still trail behind.

This is not to downplay China's progress or its huge rising global influence. China reaches far, wide and, in some cases, deep into many places and many sectors. Parts of Africa and Latin America, including Colombia and Peru, have seen commodity prices surge on demand from China for its natural resources. Even developed nations, such as Australia and Canada, have seen steady growth from China's appetite for everything from coal to oil. It also holds huge amounts of foreign reserves and a large chunk of U.S. debt.

The International Monetary Fund predicts China will grow steadily in the foreseeable future -- 10.5% in 2010 and 9.6% in 2011. The great debate (if only other nations were so lucky) is whether it will continue to grow at around 10% or will it drift down to 8%.

Whether or not China surpasses the U.S. economy may not be the point of the country's extraordinary growth story. Indeed, milestones are memorable, but how China grows will be the far bigger story than who it overtakes.

Update: An earlier version of this story incorrectly compared the U.S.'s 2009 GDP of $14.6 trillion with the GDP of China and Japan during the second quarter. The correct comparison is with the U.S.'s second-quarter GDP of $3.5 trillion.