Meet the enemy of the MBA 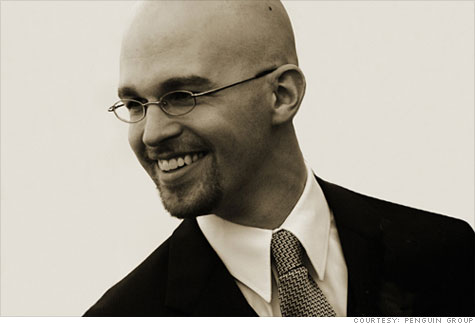 (poetsandquants.com) -- If Josh Kaufman had gone to business school, he probably would have graduated this year with an MBA from Harvard or Stanford. But Kaufman, a 28-year-old entrepreneur and former assistant brand manager for Procter & Gamble, thinks business school is pretty much a waste of time and money.

MBA programs, he says firmly, have become so expensive that students "must effectively mortgage their lives" and take on "a crippling burden of debt" to get what is "mostly a worthless piece of paper." Kaufman believes that MBA programs "teach many worthless, outdated, even outright damaging concepts and practices." And if that's not bad enough, he insists that an MBA won't guarantee anyone a high-paying job, let alone turn a person into a skilled manager or leader.

In an era when MBA bashing has become almost fashionable, Kaufman is emerging as business school's most unforgiving critic. Founder of PersonalMBA.com and the author of the forthcoming book "The Personal MBA," he's a passionate advocate for what he calls self-education. Instead of paying up to $350,000 in tuition and forgone earnings to go to Harvard, Stanford or Wharton, Kaufman says a better way to learn business is to open the pages of classic business texts and learn on your own.

His epiphany occurred five years ago, when he was working at P&G (PG, Fortune 500) headquarters in Cincinnati as an assistant brand manager for the company's Home Care division. He had joined P&G straight from the University of Cincinnati by virtue of the school's cooperative education program. Almost all of his peers and managers boasted elite MBA degrees.

To overcome his feelings of intimidation and to prepare for the job, he began reading, and reading, and reading, from textbooks, such as the "Essentials of Accounting," to "Competitive Strategy" by Harvard professor Michael Porter and "The Effective Executive" by the late management guru Peter Drucker.

"After I went through the self-education process, I felt like a peer," says Kaufman. "I was able to walk into a boardroom and hold my own with people who had graduated from Stanford and Wharton. It was very exciting."

In March of 2005, Harvard rescinded the admission of 119 applicants who had hacked their way into the school's computer systems to find out if they had been accepted before being officially notified. Kaufman read about the incident on a favorite blog by best-selling business author Seth Godin, who had an unusual view of the incident.

Harvard, Godin thought, was giving these applicants a gift: HBS was essentially returning $150,000 in tuition and two years of their lives. "Unless you want to be a consultant or an I-banker (where a top MBA is nothing but a screen for admission)," he wrote, "it's hard for me to understand why this is a better use of time and money than actual experience combined with a dedicated reading of 30 or 40 books."

A light went off. "That was the moment when I realized that this project I had been doing on my own for quite a while could be useful to a ton of other people, " says Kaufman, a self-proclaimed "independent business educator."

Within days, he drafted a list of recommended books that would form the basis of a self-taught "Personal MBA," put it up on the web and, suddenly, a flood of users flocked to it. Kaufman crafted a "manifesto" to explain the idea to newcomers and to urge them to "skip business school" and "educate yourself."

And a serious and committed MBA basher was born.

Kaufman left his job at P&G in 2008, moved just outside Fort Collins, Colorado, and went into business, doing one-on-one coaching and consulting for $1,000 a month and creating a 12-week online crash course delivered live and on video for $997. His website, PersonalMBA.com, features what he considers to be the 99 best business books that lay out all the basic principles of business and a community in which to discuss the ideas with others.

Kaufman's first book, to be published in early December by Penguin's Portfolio imprint, makes his anti-MBA case and distills the business essentials from the thousands of books he has read. Kaufman claims he is already pulling down what a freshly minted Harvard MBA would make upon joining Boston Consulting Group or McKinsey & Co. "Without any of the debt," he quickly adds.

The true cost of an MBA

To Kaufman's way of thinking, the only reason someone should go to a business school for an MBA is if they want to work for a prestigious consulting firm, investment bank, or a Fortune 50 company which uses elite business schools as a filter to decide who to interview.

"If you want to work in an industry that uses the MBA as a screen, you are effectively buying yourself a $150,000 interview," he contends. "If you want to do anything else in business, if you want to start your own company, get a job in another field, you don't have to have an MBA. It's better if you don't because of the debt."

That's a perspective, of course, that many would dispute. "If that view were true, why on earth would we continue to get nearly 10 applications for every slot, given that more than half of our MBA graduates do not do one of those three things," says Richard Lyons, dean of the Haas School of Business at the University of California in Berkeley. "Strange, isn't it, that the recruiters continue to value these people as well, particularly outside these three areas?"

Unsurprisingly, Kaufman gets his share of hate mail for the message he's so actively delivering. "Frankly, if someone decides to enroll in an MBA program, I hope it turns out well," he says. "But the world would be a heck of a lot better if those people taught themselves what they need to know and then just went out and did it. It's the waste and inefficiency that really gets to me."

Is the MBA really worth the cost and the time?

What's In It For Us?" Partners Become a B-School Priority
Subscribe to Fortune
First Published: October 4, 2010: 1:52 PM ET