FORTUNE -- The Republicans' midterm surge has given the federal debt-reduction commission -- whose recommendations are due Dec. 1 -- a chance to stand up and be counted. The panel is bipartisan, but as long as Democrats were able to have their way ultimately in both houses of Congress, Republican members had little clout. Now that the balance of power has shifted, the ideas of the panel's deficit hawks, such as Rep. Paul Ryan (R-Wis.), may get a bit more respect. Co-chairs Erskine Bowles (chief of staff for Bill Clinton) and Alan Simpson (former GOP senator from Wyoming) have offered a proposal, but it's only a draft. We'll know the commission blew its opportunity ...

...if it loudly trumpets how it's meeting its mandated target for 2015. The commission was given a bogus goal: Show how "to balance the budget, excluding interest payment on the debt, by 2015," since that would "stabilize the debt-to-GDP ratio at an acceptable level once the economy recovers." No, it wouldn't, as retiring Sen. Judd Gregg (R-N.H.) has pointed out and as common sense confirms: The deficit would still be compounding at the rate of interest on the debt (which would probably be greater than the rate of GDP growth), plus other technical reasons Gregg has identified. In addition, the projected 2015 deficit is based on a Congressional Budget Office forecast that shows real annual economic growth at a knockout 4.1% for 2012, 2013, and 2014. If that doesn't happen, then the panel's proposed actions would fail to achieve even their inadequate purpose. 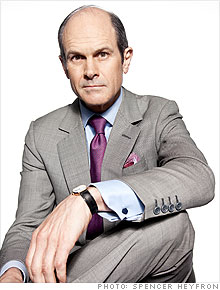 ...if it doesn't hit Medicare head-on. Besides its 2015 assignment, the panel has another, more important job: Recommend policies "to achieve fiscal sustainability over the long run." That goal cannot be reached without significantly cutting back Medicare. Everyone on the panel knows it. The danger is that the panel won't have the stomach to charge back at that issue so soon after the Obamacare battle. "There is health care fatigue," commissioner Alice Rivlin told the New York Times. Watch out if the panel tries to mask its failure by playing up proposed fixes to Social Security or cuts in defense. Those changes are important and must also be made. But without a proposed Medicare solution, the panel hasn't done its job.

... if only bland, vague proposals can win the backing of at least 14 of the 18 commissioners. A presidential commission's only hope of true influence is to make substantive recommendations that are strongly bipartisan. On this panel that means getting at least 14 votes -- all of one party's members plus more than half of the other's. Both parties' leaders in Congress have said they would take up any proposals receiving at least that much support. So the commission holds at least a tiny chance of serving its purpose, giving political cover for meaningful action in Congress. But if its widely backed proposals are weak -- or even worse, if the only strong proposals are in some kind of minority report -- there's no chance.

Despite all those warnings, there's reason for hope. The panel's members are serious budget wonks who understand the urgency. They're also veterans who know what will happen if they blow this chance. The two parties in Congress will squabble endlessly and won't be brought together on this issue except by that one tried-and-true motivator of real bipartisanship, a terrible crisis. In this case, it's already on the way.

Orszag: Why the 2011 outlook is dismal

Bush tax cuts: Cutting through the noise
Subscribe to Fortune

Help Desk
Track testing tires to find the best
Find out how TireRack tests and reviews tires and why choosing the right ones for your car is so important. Play
Markets
Data as of 2:44pm ET
Data as of 1:55am ET
Sponsored by
Sponsors
Sections