The IRS's problem with minorities 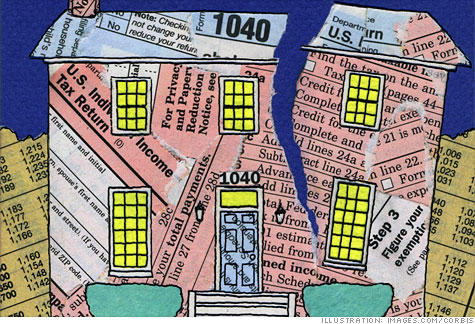 FORTUNE -- Is the Internal Revenue Service targeting African-American and Hispanic taxpayers? That's the conclusion of a new study provided exclusively to Fortune titled "IRS Enforcement's Impact on Minority Communities," conducted by Thomas M. Evans, CEO of TaxLifeboat, a firm that advises taxpayers on resolving their problems with the IRS.

Evans stresses strongly that the disproportionate number of IRS actions against minorities isn't intentional. Rather, he charges, it's the result of overly rigid, highly-automated enforcement policies that waste taxpayer money by pursuing low-earners who either can't pay, or owe virtually nothing.

Worse, it pushes minority workers who were paying some, if not all, of their tax burden from mainstream jobs into the shadowy cash economy. "The IRS enforcement actions drive workers and revenue out of the system," warns Evans. "Once people are caught in that mill, their life changes, and they're forced to stay in the underclass."

The IRS doesn't specify the ethnic background of Americans it hits with enforcement actions. To explore the issue, Evans examined the 1,000 zip codes where the IRS had filed the largest number of liens from July 2009 to July 2010. He then mined the 2000 Census, the most recent source available, to determine the racial makeup of those areas. Evans found that, on average, the populations of those 1,000 locales with the nation's highest level of tax enforcement were 22% African-American and 24% Hispanic. That's approximately double the proportion of those minorities in entire country.

The top twenty zip codes for IRS liens range from sections in big cities such as New York and Chicago to suburbs such as Lawrenceville, Georgia outside of Atlanta, Katy, Texas a suburb of Houston, and New Castle, Delaware, a town near Wilmington.

Why do IRS actions fall so heavily on minorities? The principal reason is that low-earners, including an outsized number of blacks and Hispanics according to Evans' findings, commit the violations that are easiest to detect. The IRS's powerful computers screen the W-2 forms from employers against the returns filed by individuals. If the worker didn't file a return at all, or if they claim too many exemptions, the IRS automatically launches an "examination." That step frequently leads to an enforcement action, which can trigger severe penalties----garnishing wages, seizing homes, freezing bank accounts or the filing of tax liens that ruin credit ratings.

According to Evans, who advises thousands of low-income clients a year, many workers are so uninformed about the tax system that they think the amount withheld from their paychecks is sufficient payment. Hence, they don't file returns at all.

Others, he says, don't intentionally cheat, but "don't think that it's a priority to be tax compliant." They may neglect to report such items as credit card debt forgiveness, which is classified as income under the tax code. And, says Evans, they simply can't afford the $100 to $300 for an advisor to prepare their returns.

It frequently takes a couple of years for the IRS to present these folks with a bill for back taxes. That number can be scary: Adding interest and penalties doubles the amount due in less than five years.

Remarkably, many of the low-earners with IRS problems don't owe anything. Evans recently worked with a truck driver who hadn't filed a return in seven years, and faced a bill for $60,000. "He'd been paying through withholding," says Evans. "When we finally filed all the returns, and included his deductions, he owed $400."

When the IRS garnishes their wages, many former factory workers or security guards stop looking for higher-paying jobs, or quit their jobs altogether in favor of work in businesses where they're paid in cash. Nor are the enforcement actions cost effective, to say the least. "The IRS has no leverage with the poor, as they would with the affluent," says Evans. In the past eight years, spending on IRS enforcement has increased 17.8% adjusted for inflation. But revenue per enforcement action has fallen by almost one-third.

Evans isn't alone in his criticism of the IRS's pursuit of low-earners. Nina Olson, the National Taxpayer Advocate, an independent IRS official who reports to Congress on tax issues, said in a recent report, "The IRS policies fail to address the needs of low income taxpayers, and its lien-filing policies are harming and will continue to harm taxpayers' financial viability without strong evidence that they promote future compliance with the tax laws or even bring in substantial revenue."

Through a spokesman, the IRS declined to comment without seeing the report, which will be made public later on Thursday.

Evans proposes several solutions. First, it's important to notify people of their violations quickly, before they're swamped with interest and penalties. Second, the IRS needs to spend more on educating and working with taxpayers who don't understand the importance of filing returns -- moving to a far flatter, simpler tax system would greatly increase compliance.

Fortunately, a flat tax could be making a comeback as part of the solution to the deficit crisis. Scrapping the complexities that confuse low-earning minorities would be a major, mostly overlooked benefit of a flat tax.

Taxpayers, who has your back?

On Ireland and taxes: Let's try this again

Your paycheck is about to shrink
Subscribe to Fortune
First Published: December 2, 2010: 5:41 AM ET