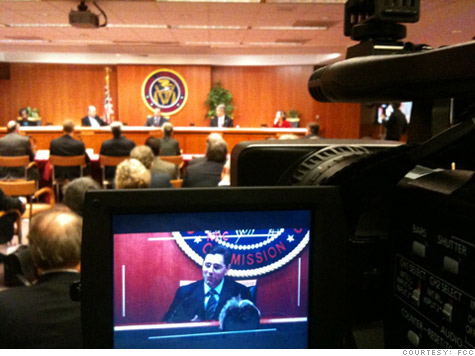 NEW YORK (CNNMoney.com) -- You won't be paying a surcharge to watch YouTube. Your favorite news website won't run any slower than a competitor's. And you don't have to worry about Netflix getting blocked.

The Federal Communications Commission on Tuesday voted three-to-two to adopt so-called "Net neutrality" rules, giving the agency regulatory power to protect the free flow of information over the Internet.

In other words: Net neutrality means maintaining the status quo of how people use the Internet today.

So if the FCC wants nothing to change, why does it think the Internet needs stricter regulation?

Because the Internet is changing. The rapid growth of online video from YouTube, Netflix and Skype is sucking up bandwidth, making it difficult for Internet providers to give speedy service to all of their customers.

Most Internet providers haven't taken any action yet. But in one prominent instance, they did: Comcast blocked usage of some peer-to-peer (P2P) networks in 2007. Customers typically use those networks to transmit very large files, like full-length, high-definition movies.

In 2008, FCC ordered Comcast to stop, but Comcast sued the FCC for doing so. In April 2010, a U.S. court of appeals said the FCC lacked the authority to take action against Comcast.

By then, it was a moot point: Facing a public backlash, Comcast moved on its own to end its P2P blockade, and it paid $16 million to settle a customer lawsuit over the practice.

But the court ruling spooked the FCC, which wants the ability to prevent actions like Comcast's from ever happening again.

So on Tuesday, the FCC essentially decided to give itself that authority, imposing rules that bar Internet providers from blocking or "unreasonably discriminating" against Web content, services or applications.

The FCC's new rules have gained support from players on both sides of the issue, including the Information Technology Industry Council, which represents content companies like Google (GOOG, Fortune 500) and Amazon, as well as Comcast and CTIA, the wireless industry's lobbying group. Neither side got exactly what they want, but both feel it's a framework they can live with.

That doesn't mean the Net neutrality debate is over.

Congress has the right to limit the scope of the FCC's authority, and many congressional Republicans have said they will seek to do so. Fierce Net neutrality advocates also were upset about the FCC's decision, saying the government could have gone further by reclassifying broadband as a "Title II" utility like landline telephone service -- a much more heavily regulated industry.

The FCC could also find itself in court again if an Internet provider wanted to challenge it. The agency has spent months cobbling together a legal workaround to the Comcast decision, but it's unclear whether it actually has the authority to enforce the rules it has drafted.

"The FCC is making an overall pronouncement about its authority, but undoubtedly, there's going to be litigation against it," said Rebecca Tushnet, a professor at Gerogetown University who specializes in digital media. "One of the grounds of attack against the FCC will be that it can't do this without congressional approval."

Real-world implications: The FCC made it unlawful for Internet providers to prevent you from accessing any legal content online. That means that Comcast's blocking of peer-to-per networks would have violated the FCC's rules, had they been instituted several years earlier.

Theoretical cases: Under the new rules, wireline broadband providers are forbidden from "unreasonable discrimination" against content.

That means Time Warner Cable can't take payments from Google to make YouTube come over the network faster than Hulu. Comcast, which is in the process of buying NBC, is also forbidden from favoring its own content over others'.

Though there are no examples of that occurring yet, Net neutrality advocates fear that it would have happened had the FCC not acted.

What it doesn't cover: The new rules still allow broadband providers to make customers who are heavy downloaders to pay more than light users. Broadband providers can also charge users more for faster service -- something many are already doing today.

The FCC's language does not make it entirely clear if Internet providers would be allowed to provide faster service for some content and slower service for others, providing they didn't discriminate across similar content. For instance, it's not clear if Comcast can speed up all news sites and slow down all video sites.

The most glaring hole is that wireless providers are exempt from the "unreasonable discrimination" clause.

The FCC said it is taking "measured steps" in regulating the mobile industry, because that field is experiencing "very rapid innovation and change," and consumers have more choices for wireless service than they do for fixed broadband service.

So that's where the next battleground will be. Tuesday's ruling was a milestone, but it's just one skirmish in a long industry war over how you access the Internet -- and how much you'll pay to do it.

Netflix is a bandwidth hog. Who will pay? (Hint: You.)