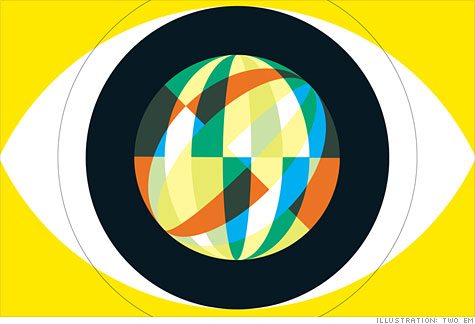 FORTUNE -- Now that the skies are clearing after the worst economic storm in modern history -- far more violent than the experts had predicted -- we face a surprising new roster of winners and losers, as our 2011 ranking of the World's Most Admired Companies makes clear.

Stress in the recession and financial crisis brought out traits that may not have been noticed when the sailing was smooth. Upstarts became champions. Famed competitors fell behind; some didn't make it through the storm. The findings of our latest survey show a new competitive order in many industries and in business generally, one that will probably last years. How the winners won and the losers lost holds lessons of value for everyone.

The tumult is the greatest we've seen in 13 years of ranking the World's Most Admired. Of the 57 industries studied, 22 are led by new companies this year, the largest proportion ever. The changed order of the business world is particularly evident from another perspective -- our respondents' views about who are the best at critical business abilities. The recession changed global opinion thoroughly.

How did the new class of champions do it? The answer, distilled from the stories of dozens of companies in varied industries worldwide, is that through good times and bad they dared to differ from how most competitors were behaving.

In the boom years most of today's leaders were financially conservative, shunning the fad for borrowing wildly and refusing to make acquisitions at high prices that may have seemed reasonable during the expansion. They knew that when times inevitably turned bad, the burdens of heavy debt and expensive takeovers could be deadly.

Then, once the recession hit, they again ran counter to trend. Exactly how they did it depended on their situation. McKinsey research shows that in the tech industry, for example, companies that are industry leaders before recessions and stay leaders afterward actually increase headcount and increase spending during the downturn. They press their advantage when others are weakest.

Companies that go into the recession as laggards but emerge as leaders move strongly the other way -- they make cuts in those categories, cutting far more deeply than other players. It's the timid, conventional majority in the middle, neither bulking up nor scaling back dramatically, but rather cutting just enough to get through, that come out of recessions the worst.

The economic storm is passing. All the world's major economies grew last year and are forecast to grow this year and next, says the World Bank. You might reason that winning in today's environment demands a different strategy from what's needed to win in a gale.

The large lesson from the World's Most Admired Companies is that the leaders managed in the boom so that they could dominate in the bust, and that's when the great reordering happened. The new champions demonstrated a truth that's important to remember as more benign conditions, with luck, return: Good times may be when you make the most money -- but bad times may be your greatest opportunity.