6 who dodged the Bear Stearns bullet

When Bear Stearns collapsed, not everyone went down with the ship. These investors cut their exposure before the stock's March plunge. 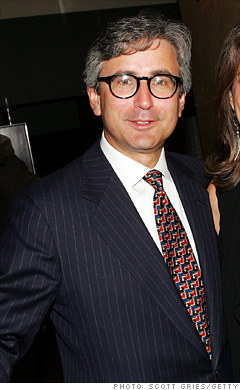 The former Bear Stearns co-president was one of the first heads to roll in the credit crisis when he was ousted last August. But being fired could have saved Spector's fortune. As part of his resignation (a move suggested by then-boss Jimmy Cayne), Spector was forced to vest most of his stock options and restricted stock by December 28, 2007, when the shares closed at $87.35. That amounted to a little more than a million shares, according to the bank's 2007 proxy statement, which would have been worth about $91.1 million.
By Katie Benner and Susan M. Kaufman