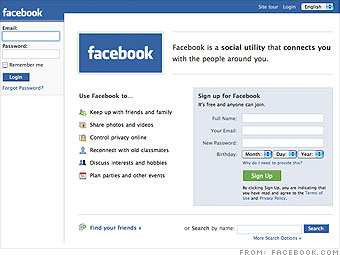 2004
Started by Harvard student Mark Zuckerberg, Facebook initially only allowed students at a few universities to join. But the social networking site became a Web 2.0 phenomenon when it opened its doors to everyone. Now its 67 million members can join several networks at once, linking them to their schools, workplaces, and cities.

NEXT: Club Penguin and WebKinz