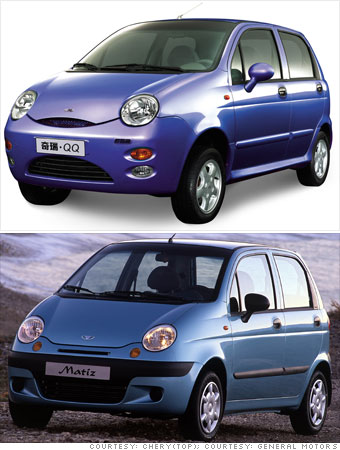 Chery, a state-owned company and China's biggest independent seller of passenger cars, produced its own version of the Daewoo Matiz after GM bought the bankrupt Daewoo of South Korea. GM sued Chery in 2004, claiming that, although the Chinese-made model had a smaller engine, the doors on the two cars were interchangeable. The case settled, but Chery still sells the car in China and Latin America. The Chinese carmaker, however, agreed not to market its cars in the United States using the Chery name.

* Price in China
** United Kingdom price. The Chevy Matiz is not sold in the United States.