10 ways to weather the storm 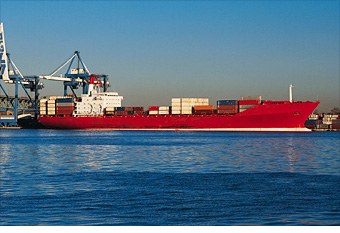 A time of greater cost pressures may seem an odd moment to ask whether offshoring still makes sense, but in fact the economics have changed drastically. The labor-cost advantage of manufacturing in China or Malaysia has shrunk as wages in those countries have jumped, and now that U.S. unemployment is increasing, the wage gap in some industries may shrink further. The price of oil, while down from its peak, is still much higher than five years ago and unlikely to fall much more, in the view of many analysts, so transportation costs may also cut into offshoring's edge.

Combine all the factors and now may be a smart time to bring manufacturing back, or at least closer, to the U.S. McKinsey found, for example, that a midrange computer server could be made for much less in Asia than in the U.S. in 2003, but by last year the cost advantage had reversed, so that making the machine was actually cheaper in America.

Manufacturing costs aren't the only factor in an offshoring decision. Taxes, tariffs, speed, and transition costs can make a big difference. But at a time when costs count more than ever, don't assume that offshoring is still your best option.

RSS
More
How to manage your business in a recession
There's no script for running a company in this historic downturn. So what the heck do you do? More