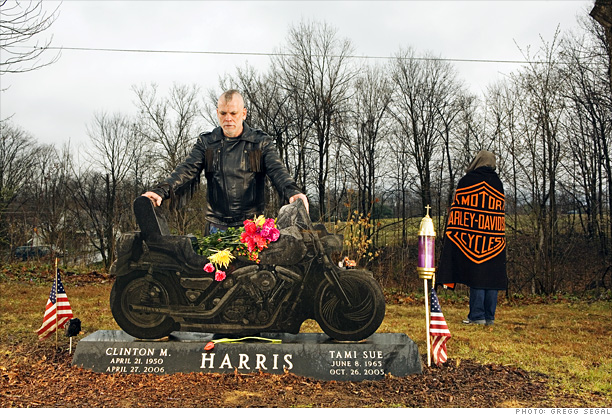 Clint Harris rode a Harley-Davidson called Agent Orange that he customized himself. The only other person allowed to ride it, say friends, was his wife, Tami. And the couple rode it every chance they had. "The best times they ever had was on that motorcycle," says Gary Webb (above), a friend and fellow rider. After Tami died in a car accident, Clint had a Harley headstone made, inscribed with their biker nicknames - Ruffy (Tami) and Heavy (Clint). When Clint died six months later, the tombstone wasn't fully paid for and was nearly repossessed. Webb and his wife collected donations from the biking community to save it.