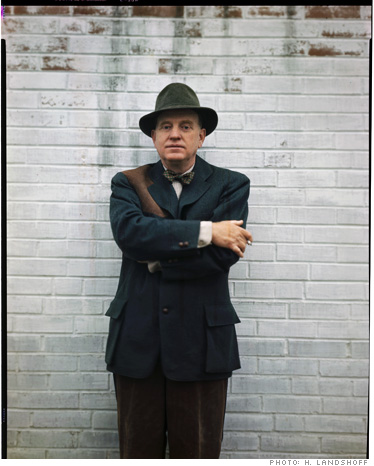 In a similar such portrait (again, not selected for publication), photographer Herman Landshoff presents Charles Allen Thomas, the president of Monsanto Chemical, a company that hoped to become the first private producer of industrial-use atomic energy as Thomas took the helm.

The 51-year-old Thomas, Fortune's editors related in July 1951, "ranks among the leaders of scientific thought and opinion in the U.S. today." In addition, they reported, "He is also the only such recognized scientist to head a large industrial organization."