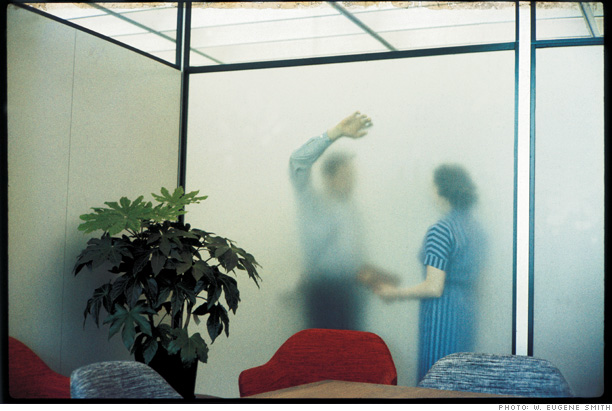 W. Eugene Smith, renowned for his photo essays for Life magazine, notably "The Country Doctor," typically chronicled working-class American life. He also typically never worked in color, but Fortune persuaded him to do so.

This private moment in the headquarters of Connecticut General Life Insurance in Hartford, Conn., did not make it into the September 1957 issue of the magazine, for which Smith shot photographs to accompany an article on the company's "dramatic new office building."