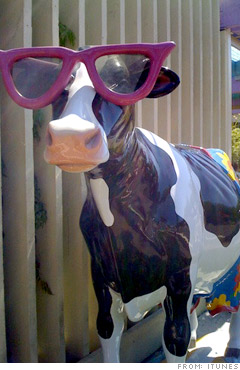 Another publication rated Cow Toss the 4th stupidest app ever written for the iPhone, but that doesn't do justice to all the other dumb apps.

The rules are simple: You flick the image of a cow with your finger to send it flying through space -- mooing and bouncing all the way -- and score points according to a system that is never fully explained. The developers say they hoped with the latest update to be rated "most stupid." They're not even close.