Left at the altar 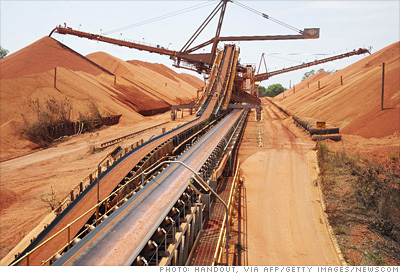 Late last year, Chinese aluminum and steelmaker Chinalco tried to acquire a 20% stake in Anglo-Australian Rio Tinto, which supplies it with iron ore from mines like this one in Queensland, Australia. But when commodity prices surged this past spring, Rio Tinto decided not to sell and let the deal collapse.

In what some see as an apparent act of revenge, an incensed Chinese government detained four Rio Tinto executives, accusing them of stealing secrets.

NEXT: Building the world