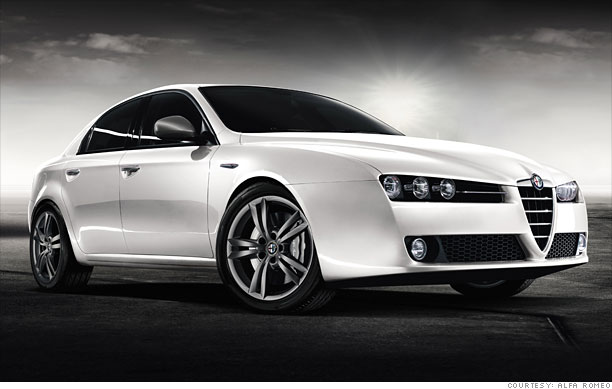 Car lovers of a certain age have warm memories of Alfa, especially the Spider two-door driven by Dustin Hoffman's character in 1967's The Graduate. But stricken by indifferent engineering and poor quality, Alfa ceased exporting cars to the U.S. in 1995. Rumors about its return began almost immediately thereafter. Alfa's own website reported it would be back in 2007 with a range of new models.

But the real revival didn't come until 2009 when Fiat-Chrysler CEO Sergio Marchionne put Alfa into his five-year plan for U.S. operations. The first car will be the 2012 Giulia mid-size sedan and sport wagon. Marchionne has big plans for Alfa, which will be sold through Fiat dealers, and is targeting U.S. sales of 85,000 a year by 2014. Whether U.S. customers have forgotten about the reliability issues and warm up to its untraditional front-wheel drive designs are among the challenges Alfa will face.

Last updated October 12 2010: 5:47 AM ET
More from Fortune
VW's quest to conquer America
Volkswagen wants to be the biggest automaker in the world. To get there, it needs to take the U.S. market, and that's no small task. More
Cop cars reborn
With new models including an Australian import, GM, Ford and Chrysler are paying renewed attention on a small but highly visible niche market. More
Ford pulls ahead of its rivals
With a clear alternative fuel strategy and a growing market share, the automaker is leaving GM and Chrysler in the dust. More
Find Your Next Car