A visual history of the successes, but mostly failures, of moguls who tried to corner a market 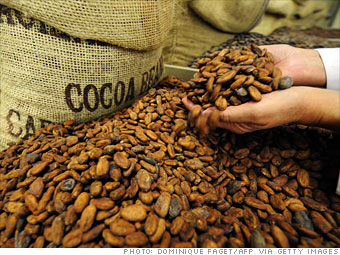 Anthony Ward, co-founder of Armajaro, a London based commodities-trading firm, has become notorious for his recent investments in cocoa. He came on the media's radar in August 2002 when he stockpiled 15% of the world's cocoa supply (204,380 tons worth) and generated $17 million profit for Armajaro. Just a few weeks ago, Mr. Ward reappeared when he placed a $1 billion bet on cocoa futures. The New York Times says he has "all but cornered the market in cocoa." Anthony Ward has said of his outlook, "I'm not a speculator." Cocoa is such a small portion of most chocolate recipes that his stockpiling is unlikely to dramatically increase prices of the beloved confection.

But in the past, some investors have brazenly tried to move prices by themselves. Here are a few...