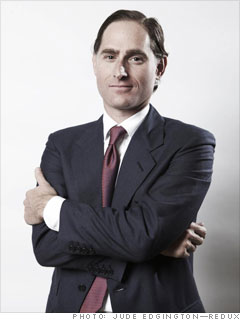 When he was just 29 years old, Baratta worked with David Blitzer, (then 31 years old) to launch Blackstone's European arm in 2001. By 2006 they had invested more than $3 billion in 13 transactions. He has long been willing to defend his investment theses before skeptical elders, including an idea to take a controlling stake in a small amusement park company called Merlin for $60 million. Schwarzman was skeptical, but now he cites Merlin as a fantastic deal that made the firm more than three times its money and laid the groundwork for several similar acquisitions. Blackstone is now one of the largest theme park operators in the world, a portfolio that includes Madame Tussauds, Sea World, Legoland, and a host of water parks in Europe.

Full List: Top 40
Meet this year's class of youthful movers and shakers. They're innovating, they're expanding, and they're not really thinking about the recession. More
40 under 40 cut loose
Where can you find these ambitious ones when they are not in the spotlight? Photographer Jeff Minton captured a selection of this year's 40 under 40 in their natural habitats. More
Where is the economy heading?
This year's innovators offer their economic predictions for the next few years and beyond. More