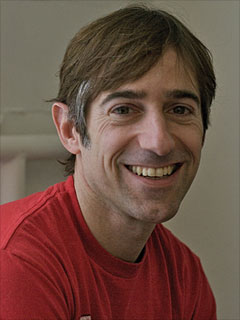 Darling of the gaming world -- and the corporate world, which wants to figure out gaming -- Zynga has 215 million monthly users, 30 million of whom on any given day log on to play FarmVille or Zynga's seven other games. To handle demand, Zynga is adding 1,000 servers a week -- and lots of working capital. This summer the company secured a nine-figure investment from Google and hundreds of millions more from venture players. Pincus predicts that Zynga's gaming environment -- which relies more on user pay than advertising -- will ultimately be the standard for future web enterprises.

NEXT: 13. James Skinner
Last updated November 19 2010: 10:47 AM ET
More from Fortune
Reader's Choice
After a month of rabid online voting you crowned your own Businessperson of the Year. More
Reed Hastings: Leader of the pack
Executives from Silicon Valley to Hollywood to Wall Street admires his savvy persistence - and his company's cool culture. The secret to the Netflix CEO's success? He never stops looking over his shoulder. More
When they were young
Michael Dell was 21 when he first appeared in Fortune. Bill Gates made the cover when he was 30. Here's a look back at some of today's biggest business leaders when they were climbing the corporate ladder. More