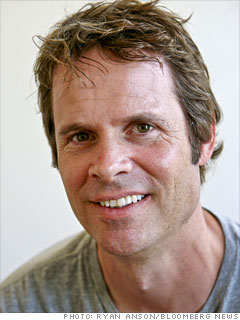 The Stanford grad created an algorithm that dissected the various musical attributes -- he calls it the "genetic code" -- of musical compositions. Launched Pandora in 2005 as an ad-driven web service that enabled music fans to aggregate thematically similar songs. Today, Pandora is the most popular radio service on the web and is accessible on more than 200 devices, from Blu-Ray players and set top boxes to smart phones and tablet computers. The latest get: Ford and Mercedes, each of which signed on to incorporate Pandora into its dashboards.

NEXT: 27. Jeffrey Bewkes
Last updated November 19 2010: 10:47 AM ET
More from Fortune
Reader's Choice
After a month of rabid online voting you crowned your own Businessperson of the Year. More
Reed Hastings: Leader of the pack
Executives from Silicon Valley to Hollywood to Wall Street admires his savvy persistence - and his company's cool culture. The secret to the Netflix CEO's success? He never stops looking over his shoulder. More
When they were young
Michael Dell was 21 when he first appeared in Fortune. Bill Gates made the cover when he was 30. Here's a look back at some of today's biggest business leaders when they were climbing the corporate ladder. More