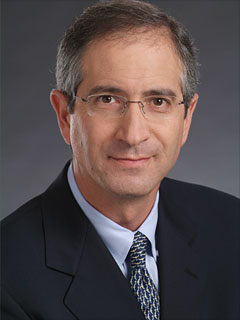 Brian Roberts' attempt to pick up NBC Universal seems to have gotten a boost with the Republican mega-victory in November. Not only are the incoming Congresspeople more prone to OK the merger, but many have Roberts to thank. This year Comcast boosted its political donations by 50%. Of the 99 House members that wrote to the FCC to say they were in favor of the union, 91 received a check from Comcast. Roberts is also pushing back hard against Businessperson of the Year Reed Hastings. Comcast's new Xfinity TV delivers nearly 150,000 on-demand video offerings.

NEXT: 44. John Stumpf
Last updated November 19 2010: 10:47 AM ET
More from Fortune
Reader's Choice
After a month of rabid online voting you crowned your own Businessperson of the Year. More
Reed Hastings: Leader of the pack
Executives from Silicon Valley to Hollywood to Wall Street admires his savvy persistence - and his company's cool culture. The secret to the Netflix CEO's success? He never stops looking over his shoulder. More
When they were young
Michael Dell was 21 when he first appeared in Fortune. Bill Gates made the cover when he was 30. Here's a look back at some of today's biggest business leaders when they were climbing the corporate ladder. More