Are stocks still a good investment? 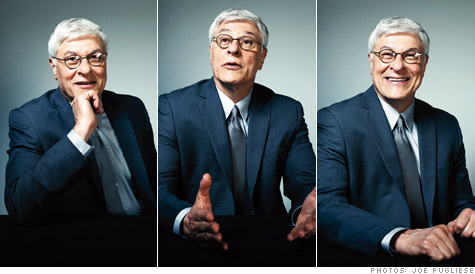 (Money Magazine) -- You could say that Roger Ibbotson wrote the book on investing. After all, Ibbotson Associates publishes the Ibbotson SBBI Classic Yearbook, a tome that analyzes historical data for stocks, bonds, Treasury bills, and inflation and is usually the source of those historical returns you see bandied about in the financial press ("Since 1926 stocks have gained an annualized 9.8% ...").

So when Money's editors wanted insights into how the financial markets might fare in the future and whether time-honored strategies like asset allocation and international diversification were still worth pursuing given recent upheavals here and abroad, it was only natural that we turned to Ibbotson (the man, not the book).

In a wide-ranging discussion, the money manager and Yale finance professor proved quite optimistic about stocks' prospects for superior performance, and he's backed up that confidence with action, launching two mutual funds that will employ a novel investing strategy (more on those later).

At the same time, though, Ibbotson cautioned that if you want the high returns he thinks stocks have to offer, you'll need to brace yourself for a bumpy ride.

Should investors expect superior gains from stocks in the future? Or has something changed that suggests equities won't be as dominant?

It makes sense, though, that we have some periods of negative returns because the whole key to getting higher returns in the long run is that stocks are risky. People have to be afraid to take the risk of investing in stocks for them to deliver superior returns going forward.

Now, future stock returns might be lower than the near 10% historical average. We think maybe 8% or so, although others say they could be even lower because they don't see strong economic growth for the next decade.

But the equity risk premium, or the extra return you get from stocks vs. less risky investments, isn't much different than it was historically. What is unusual about the last 30 years, though, is that the bond market often outperformed the stock market over long periods. You won't get that again.

You started in 1980 with double-digit yields, which provided high income, and those yields then dropped, creating capital gains. [Bond prices and yields move in opposing directions.] That combination made it a great period for bonds. But today yields are 3% to 4%. So we're starting out with a low yield that, if anything, is more likely to rise than fall, which means you won't get any capital gains. So the bond market will not repeat its performance.

The stock market can repeat, and the kind of returns you got over the last 30 or 40 years might be indicative of future returns. But they'll come with up and down periods that can be very disheartening.

Disheartened is how many investors feel about stocks today. What makes you so confident? Is there something inherent about stocks that makes them likely to outperform?

What's inherent about stocks is that they're risky. And we don't like risk. So every time something bad happens, we're really wary of the stock market. Of course, we were especially wary in March 2009 after the market had fallen well over 50%, but that turned out to be a great time to buy stocks. It's when you're most afraid of stocks that they have the most potential.

But to get this risk premium, don't you have to be correctly pricing in the risk? Some would argue that recent prices don't reflect stocks' true risk, that price/earnings ratios are too high.

P/Es are hard to measure coming out of the recession because earnings are changing quickly, and P/Es from trailing earnings are much different than estimated P/Es from forward earnings.

The stock market surged in the early stages of the recovery not because companies increased their revenues but because they cut their costs. Now if they can start increasing their revenues, they can improve their bottom lines a lot. If that happens, stocks will turn out to have been rather attractively priced now.

Let's talk some more about volatility -- those up and down periods. Conventional wisdom now is that the next 30 years are going to be way more volatile than the last 30. Are people overreacting to what's happened in the recent past?

The problem with risk is it's always the surprises that get you. And very few people contemplated the financial crisis ahead of time. So people did not sufficiently allow for it. But we've now had two big market collapses in a decade. In many ways this is great news.

I doubt that's how our readers see it.

We now recognize that things can happen that weren't on the radar screen. People will remember what risk is all about. It isn't just that with more risk comes more return, but you can really have a downside.

You've recently started managing two mutual funds -- American Beacon Zebra Large Cap and Small Cap -- that will invest in less liquid stocks, those that trade less frequently. Why, at a time when investors are wary, would you want to focus on shares that would seem riskier?

There are gradations of liquidity. These stocks trade every day. But research shows that the stocks that are more liquid historically have lower returns, while those that are less liquid have higher returns. We're buying companies that have strong fundamentals but are relatively less liquid, companies that there's less interest in, the ones not talked about in your magazine. Effectively, you get an out-of-favor stock, and if it ever comes into favor, you get a big kick-up in the returns.

One way investors mitigate stock risk is by spreading their money among several asset classes. But in a recent study you concluded that asset allocation accounts for much less of the difference in returns than many advisers have claimed over the years. Does that mean investors shouldn't focus as much on asset allocation?

Previous research has said 90% of the variation of returns comes from one's asset allocation policy. We disagree with that.

We say that there are really three things that determine how much your returns go up or down from year to year. The first is just that you're in the market at all. In 2008 you lost money; in 2009 you made money.

The third factor is all the active things you do. You pick some securities that don't match the indexes, you pay fees, maybe you change your mix from time to time.

When we look at these three factors, the one that explains the most variation of returns is the fact that we're all in the market in general. That explains about 70%. The second two are about equal -- the fact that you may invest mostly in bonds and I mostly in stocks and that you buy, say, GM, and I buy Apple.

So what lesson should individual investors take from your study?

That what's most relevant to you is whether and how you're doing something different from what everybody else is doing.

If individual investments are so important, what does that mean for people deciding whether to invest in index funds or actively managed mutual funds?

To the extent you're in index funds, you're going to have less risk because you're eliminating the impact of active management. You'll also have lower fees.

In actively managed funds, your risk level goes up, as will what you pay in fees. The question is, Do you think the funds you pick can compensate for the extra risk and higher fees? On average, the answer is no, but there can be a subset of investors who outperform.

Given what's going on in Greece and Europe generally, does it still pay to diversify abroad?

Europe has had its difficulties, as has Japan. But that doesn't mean they're going to continue to do poorly. We can't tell which markets are going to do best at any particular time, so you want to hold a mix of them.

But what if Europe's problems lead to slower economic growth in the future? Wouldn't that translate to subpar returns in those markets?

The stock market looks forward. To the extent that investors recognize that these markets have already dropped enough to reflect that, then you would get reasonable returns.

That's what happened in March 2009. Everybody had a bad view of the U.S. economy, but prices had fallen more than enough to reflect that outlook. Ultimately, I don't have a strong opinion on whether you should buy Europe, Asia, the U.S., or whatever. My view is that by diversifying, you reduce your risk.