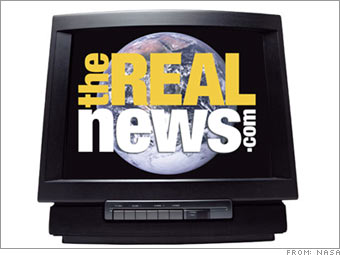 Ad-free news covers the globe
What if there were a cable channel that married the best of PBS and CNN - that is, 24-hour world news with a global network of correspondents, but paid for by viewers rather than advertisers? That's the idea behind Independent World Television and its flagship show The Real News, the brainchild of Canadian TV producer Paul Jay. Seeing a widespread distaste for dumbed-down, ad-filled news, Jay believes that just $250,000 in viewer subscriptions will let his channel break even. He already has the support of big names like Gore Vidal, who's been doing Hollywood fundraisers for IWT, as well as Phil Donahue and Naomi Klein. If all goes well, IWT expects to be the TV version of "citizen journalism," with contributions from the best of the blogosphere. The service will launch in November in 58 million households worldwide.
More
Executive wish list