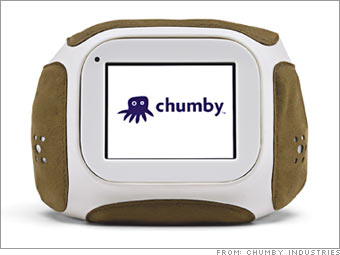 The alarm clock goes open-source
It started out as a simple Internet-connected alarm clock, one you interact with by touching the screen or grabbing its "squeeze sensor." But the Chumby has already become much, much more than that. Among hackers and open-source advocates, it's probably the most anticipated gadget of 2007. That's because Chumby Industries was founded by a group of programmers, including game-console hacker Andrew Huang, who made the gadget eminently easy to develop for. (Call it the first Web 2.0 device.) So when the $150 coconut-size Chumby launches in the spring, with free service, it'll have an array of downloadable, hacker-created widgets. You can wake up with Google News and the latest photos from your friends' Flickr accounts or use Chumby as a remote control for your TV and MP3s. All this in an interface so squeezably simple that a 2-year-old can use it.
More
Executive wish list