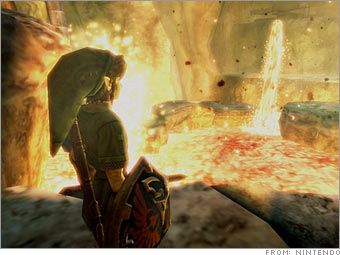 Chances are you won't be able to get your hands on the latest consoles from Nintendo and Sony this season, but there's no shortage of new games.

"The Legend of Zelda: Twilight Princess" for Nintendo's Wii sells for $49.99 at Circuit City while "The Elder Scrolls: Oblivion" for Microsoft's Xbox 360 and the PS3 retails for $59.99 at Best Buy.
More Holiday Money
Ultimate holiday money guide

CNNMoney's comprehensive advice on all your holiday giving. (more)
10 best gifts for gamers

These toys are all the rage - among children of the obscenely wealthy. (more)