The hard truth about GE 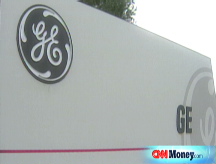 NEW YORK (Fortune) -- No, Jack Welch wasn't dissing Jeff Immelt when he said his successor as GE's chief "has a credibility issue." He was just doing something he's famous for, which is telling the hard truth. Obviously Immelt has a credibility issue. The real question raised by this foofaraw is the profound one of whether Immelt has configured GE properly and when oh when the stock will finally start performing. In case you had CNBC muted on Wednesday morning, Welch was on Squawk Box talking about GE's spectacular earnings miss the previous Friday. As recently as mid-March, Immelt had reaffirmed previous earnings guidance for the quarter and the year. Then, on April 11, he announced that real first-quarter earnings were below his own promise and Wall Street's consensus expectation because of turmoil in the financial markets, and he said full-year earnings would be well below what he had promised earlier.

"Here's the screw-up," said Welch in his usual plain fashion. "You made a promise that you'd deliver this, and you miss three weeks later." The stock dropped 12% on the news. The problem, as always in these cases, wasn't the news itself but rather what it implied. If Immelt didn't know three weeks earlier that he had an earnings disaster on his hands, especially in a company with the sophisticated, bulletproof financial procedures of GE (GE, Fortune 500), then something must be really wrong, or so went the reasoning on Wall Street.

Like what? Who knows, except that no one was any longer buying the previously accepted view that GE, which gets half its profits from financial services, had deftly slipped past the worst of the subprime mess. If the damage was still turning up, then maybe even more was buried in other corners of the world's largest conglomerate. And the bad news reminded everyone of the deeper issue with GE: Has Immelt done the right thing with his broad recasting of its portfolio? Everyone seemed to like each move he made -- getting out of plastics and much of the insurance business, buying Universal (which he combined with NBC) and Amersham, a medical technology company, plus scores of smaller acquisitions and sales that moved GE more into environmental, security, and infrastructure businesses and made the company more global; last year it did more than half its business outside the U.S. for the first time. It all sounds right, yet the stock was at a nice round $40 when Immelt became CEO in September 2001, and now it's $32.

It's remarkable to say, but after almost seven years in the job, which is a whole tenure for most CEOs, the jury is still out on Immelt. Because he got the job at age 45, though, and the board is presumably behind him, he still has 13 years to make it all work. Welch defended Immelt's GE, saying the company's "model isn't broken" and the stock sell-off was "a massive overreaction." So he stayed within the long GE tradition of retired chairmen saying little in public about their successors, and being supportive when they do.

At the same time, he couldn't help being himself. Referring to Immelt's newly lowered full-year earnings estimates, Welch said, "I'd get out a gun and shoot him if he doesn't make what he promised now."