The war over Lipitor 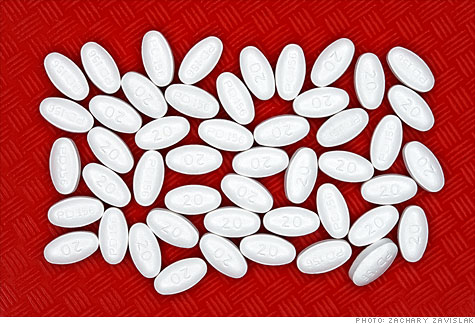 FORTUNE -- Just after Thanksgiving this year, if all goes as planned, the pharmaceutical industry will pass a historic milestone: A generic version of Lipitor -- the biggest-selling prescription drug on the face of the earth -- will go on sale for the first time in the U.S.

You'd think that in this era of generic-drug dominance, making the transition to a nonbranded version of Pfizer's vaunted cholesterol-fighting statin would be smooth, or at least controlled. And indeed, that's precisely how it seemed -- until just a few months ago. Now the process appears to have unraveled, leaving serious questions about who will make the cheaper form of Lipitor, whether the price will really drop, and most disturbing of all, whether patients will be able to trust that the medication is safe.

As of today, Ranbaxy, India's largest pharma company and the 12th-largest generics maker in the world, is expected to launch generic atorvastatin calcium, as the molecule is formally known, in the U.S. market on Nov. 30. Under federal rules, Ranbaxy would enjoy six (very profitable) months in which it would have the exclusive right to sell it.

The problem: The Food and Drug Administration has accused Ranbaxy of "a pattern of systemic fraudulent conduct" over a period of years. According to the federal agency, Ranbaxy fabricated data in drug applications, took shortcuts in crucial quality tests, and violated a raft of additional manufacturing standards. So widespread and grave was the misbehavior that in 2008 the FDA barred Ranbaxy from importing 30 different drug products into the U.S. That ban remains in place today. Meanwhile, federal prosecutors have been negotiating a criminal and civil settlement with the company that could lead to fines and payments exceeding $1 billion, Fortune has learned from sources with knowledge of the negotiations.

Ranbaxy declined to comment for this article, as did the FDA. But in court filings and financial statements, the company, whose leading products in the U.S. are generic versions of Valtrex (for herpes), Aricept (an Alzheimer's drug), and Zocor (another cholesterol medication), has denied misconduct and asserted that it has cooperated fully with the government.

The result of the uncertainty about Ranbaxy and Lipitor has been market mayhem. Generic-drug companies are now feuding like greedy relatives at Lipitor's graveside as they wait to see whether Ranbaxy will maintain its status as front-runner. In March, Mylan (MYL, Fortune 500), one of the seven generic-drug makers hoping to sell Lipitor, sued the FDA, alleging that the agency's "indecision" and delay had made planning all but impossible.

A group of five U.S. senators has appealed to the FDA for clarity. In early March they wrote to the agency's commissioner, demanding timely information on who will be making generic Lipitor and when. The FDA, for its part, has made no public statements on Lipitor's fate. It has yet to formally approve or deny Ranbaxy's application to sell the generic.

The Lipitor stalemate is the culmination of the twisting saga of Ranbaxy, which continues to prepare for its product debut, despite the uncertainty as to whether it will occur. "For Ranbaxy, this is the fight of their lives," says a lawyer for a pharma company. "This is the biggest generic opportunity in history. None of us know where this is going to come out."

Read the full version of The war over Lipitor

Best big companies to work for