The Journal's editorial independence was a key piece of Rupert Murdoch's deal for Dow Jones. Now concern grows after its managing editor has quit. 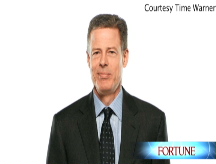 NEW YORK (Fortune) -- Rupert Murdoch made a few concessions when he was trying to persuade the reluctant Bancroft family to part with Dow Jones & Co., owner of the Wall Street Journal.

He agreed to appoint a special committee with the right to approve the hiring and firing of key personnel - such as the Journal's managing editor. But the News Corporation (NWS, Fortune 500) chairman wouldn't let the Bancroft clan control it. "I can't put down $5 billion of my shareholders money and not be able to run the business," Murdoch said.

Now we're getting a better idea of what Murdoch meant.

Today, Wall Street Journal managing editor Marcus Brauchli has resigned from his post, after less than a year on the job. The 46-year-old Brauchli is a Journal veteran with impeccable credentials. But he was promoted by the old regime. Surely, his new boss would prefer a managing editor of his own choosing - never mind any assurances he may have made to the former controlling shareholders of Dow Jones.

Is this a big deal? Indeed, it is. The news of Brauchli's pending resignation overshadowed another important development this week at Murdoch's company: it is close to a $580 million deal to buy Newsday from the Tribune Co. News Corporation plans to combine the operations of Newsday and its New York Post. It hopes this will staunch the Post's estimated $50 million in losses.

Even so, News Corporation's purchase of Dow Jones for $5.1 billion four months ago and the ensuing newsroom turmoil is the larger story.

Best big companies to work for

Before the deal closed, many people worried aloud that the Australian-born press lord would drag the venerable Journal down to the level of the Post. This was unfair, of course. But it spooked the Bancrofts and led the establishment of the special committee.

This would seem to tie Murdoch's hands in selecting a new managing editor. Then again, perhaps it won't.

Early on, News Corporation named Robert Thomson, formerly the editor of the company's Times of London, as the Journal's publisher. Within the Journal, this was seen as an end run around the committee.

Now that Brauchli is on his way out, Thomson holds the title of "interim managing editor." But then why would anybody expect otherwise? According to the Journal's own reporting on the newsroom shuffle, Thomson "already was involved in editorial matters for Dow Jones properties."

The formal search for a new managing editor will soon begin. The special committee - whose members include Associated Press CEO Louis Boccardi and Nicholas Negroponte, cofounder of the Media Lab at the Massachusetts Institute of Technology - will undoubtedly weigh in. But you have to wonder if Brauchli's successor isn't already in place.

Well, we've always known Murdoch likes to get his way. Presumably, Newsday's editorial employees are watching all the excitement with unusual interest. After all, their paper is next.