Some think Fed chief Ben Bernanke could halt the roaring commodities rally by keeping rates steady. But most think the Fed will cut rates again. 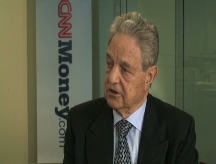 NEW YORK (Fortune) -- The soaring price of crude oil isn't good for most people, but it could spell opportunity for Ben Bernanke.

The Fed chief's inflation-fighting credentials have been in doubt since he said in a 2002 speech that central banks could prevent deflation by dropping money out of a helicopter.

Since then, Bernanke's critics have only been emboldened by the Fed's aggressive response to the current credit crunch. While six rate cuts since last summer and expanded lending plans have helped forestall a broader financial crisis, they haven't quieted skeptics who fear a sharp rise in inflation.

Some think the Fed is partly to blame for the spike in commodity prices since rate cuts have helped to weaken the dollar. Despite this, investors are betting the Fed will cut rates when it meets again this Tuesday and Wednesday.

But one economist believes Bernanke could reap huge benefits simply by standing pat. By holding the line on rates, the thinking goes, the central bank's policy-making committee could send the prices of oil, gold and other goods tumbling - while serving a timely reminder that the Fed isn't letting inflation out of its sights.

James Hamilton, an economics professor at the University of California, San Diego, says a decision to pause now could reverse some of the gains in commodity prices and bolster the value of the dollar.

Many reasons behind fuel price shock

The soaring prices of crude oil and other commodities have become impossible to ignore. Crude fell just a dime shy of $120 a barrel in trading Tuesday, up from just $70 back on Labor Day of 2007.

Prices of metals such as copper and zinc and foodstuffs ranging from corn and wheat to oats and rice have soared as well, a fact hammered home by reports of food riots in cities in Egypt and Haiti.

Some of the rise in commodity prices can be explained by simple supply and demand. People in places like China and India are eating richer diets as their economies expand, and energy use is surging as industrialization moves forward.

"The Western world is finally sharing its prosperity with the rest of the world," says Robbert Van Batenburg, head of global research at Louis Capital Markets.

Prices also reflect other factors, such as subsidies, trade barriers and tariffs. The U.S., for instance, has earmarked a substantial amount of its corn crop to the production of ethanol - a decision that has made corn scarcer as a foodstuff at a time when global demand for grain is increasing and stockpiles are at longtime lows.

And of course the dollar has continued its multiyear decline against other major currencies. The euro recently fetched $1.60 - up from just 85 cents back in 2001.

But those factors alone fail to fully account for the surge in the prices of oil, rice and other goods. Howard Simons, a strategist at Bianco Research in Chicago, notes that the dollar has declined just 11% since Labor Day against a basket of major currencies, while the price of crude has surged some 70%.

The steep rise in commodity prices of all sorts has some investors using the b-word.

In a recent video interview with Money Magazine, billionaire investor George Soros said that "a new bubble is developing in commodities" and that this is leading to rising food costs and other inflation pressures.

That's one way of looking at it. Another way is to note that with stock markets muddling along and house prices falling sharply in the U.S., the U.K. and Spain, the easy money set has been left with few other winning trades.

"The guys who screwed up the mortgage markets are bringing their awesome skill sets to bear on physical commodity markets," Simons quips.

Hamilton believes these investors are buying commodities in part because of Bernanke's rate-cutting spree.

The Fed has cut its key federal funds rate to 2.25% from 5.25% back in September. At its current level, this overnight lending rate is below the annual rate of consumer inflation - creating what economists call negative real interest rates.

Negative real interest rates give investors an incentive to buy goods like oil and gold rather than watch their cash lose its purchasing power.

Hamilton concedes that there are "a long string of other fundamentals" driving up the prices of oil and food, but believes a decision to hold rates steady would get "immediate feedback" in the form of a broad selloff in commodities.

Indeed, Hamilton notes that the price of gold fell from its all-time highs after the Fed cut rates by three-quarters of a percentage point back on March 18 - a steep cut that, coming on the heels of the near collapse of Bear Stearns (BSC, Fortune 500), was actually less than some market participants expected.

There are signs that Hamilton's not the only one who believes the Fed could hold rates steady. Investors currently see a 18% chance the Fed will keep its overnight rate unchanged on April 30, according to federal funds futures listed on the Chicago Board of Trade.

While the market is still widely expecting a quarter-point cut, as recently as a week ago, some thought that even a half-point rate cut was possible. That now appears to be off the table.

So Bernanke has a rare opportunity to remind speculators that the fight against inflation hasn't been abandoned.

"The Fed has a chance to surprise the markets," Hamilton said, adding that doing so would be "important for the Fed's credibility."