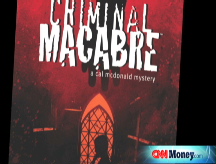 Before Arad became involved in bringing Marvel characters to the big screen, comic nerds of my generation used to think that somehow Marvel's lineup lacked the genetic code necessary for the leap from page to action, unlike the heroes of rival DC Comics, particularly Superman and Batman. But for the past two decades, Arad, a Cyprus-born, Israeli-raised toy inventor, has shepherded to the screen a total of some 15 super-hero flicks, from Blade to X-Men to Spider-Man and Ghost Rider and The Fantastic Four, including eight consecutive films that opened at #1 at the box office.

This week, Marvel's Iron Man, with Robert Downey Jr. in the title role, became the first blockbuster of the year, exceeding expectations for Marvel and Paramount (VIA), the major studio that released the film. In its first four days, Iron Man took in a remarkable combined domestic and international revenue of $214 million - reaffirmation, yet again, that the super-hero movie (done well) is no passing fad.

In just a few weeks, Marvel will follow up with "The Incredible Hulk," starring Edward Norton, which opens June 13. Arad holds producer titles on both these films, but few realize that these will be the last heroes he brings to the screen for Marvel. "After Hulk, I'm done," he told me this week. Is this a swan song? "Swan song sounds sad," he said. "It's a victory march." A wrap? "It's a wrap," he agreed.

Two years ago, Arad left his post as chairman and CEO of Marvel Studios, the TV and film branch of Marvel Entertainment (MVL), to set up his own production company, saying he wanted to focus on the creative end of the business rather than help run a public company.

Arad had played a central role in reviving Marvel - which went through a dark period that included filing for bankruptcy protection in the 1990s - as a quasi-studio and not just a licensor of its well-known characters to others.

He says the plan when he set up his own shop was always to move on and do other things, but that was not clear at the time his departure was announced. As one analyst put it on the conference call announcing his departure: "This is not exactly a ringing endorsement of the company's strategy, because I assume that your compensation is going to be now focused primarily on the performance of your projects and not the overall company."

Arad replied that this was not so, because, "I'm like a commissioned salesman. I make a good movie, and everybody wins." That certainly turned out to be the case - Marvel shares are up 40% since he left the executive suite, so the company seems fine without him. Now, he won't even work on Marvel projects, other than Spider-Man sequels, but for Marvel's studio partner Sony instead.

Arad is a wealthy man - he's invented dozens of toys, built and sold businesses along the way, and at the time of his departure owned 5 million Marvel shares then worth $100 million. At 60, he wanted to kick back a bit, bring his dogs to work, and work on other kinds of projects. "One of the things that I wanted to do when I decided to move on was to do for video games what we did with comic to film - find the correlation between video games and film," he says.

Most of his video-based projects have not yet been announced, but one that has is a film based on Sony's popular multi-player game, Everquest. He's also working on a 3-D film version of the Japanese manga "Ghost in the Shell, "and a Pinocchio-style tale called Robosapien. I couldn't help but wonder if he's working on anything - how to put it? - real. It turns out that Arad is also working on a "cause-related" art house film about Aung San Suu Kyi, the Burmese democracy activist who is under house arrest.

"It was a great journey, but it was intense," he says of the Marvel experience. But one thing he won't miss is The Question: "I had to convince people that it wasn't just luck and it didn't matter how many movies we made from these characters," he recalls. "It was ridiculous - every year the same question: How long will this madness continue? How long will people keep coming to these movies?"