A world of difference

Two cars built on the other side of the globe: The Nissan Cube points the way to the automotive future; the Pontiac G8, back to the past. 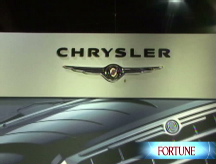 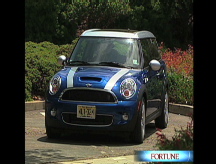 NEW YORK (Fortune) -- Simply by chance, a pair of new cars fell into my hands last weekend that perfectly demonstrated the yin and yang of today's auto industry. The Pontiac G8 was powerful, exciting, fun to drive - and as obsolete as the buggy whip. The Nissan Cube was homely, utilitarian and slow - and we all ought to get used to it, because that's what most of us are going to be driving in the future.

An era of personal indulgence in automobiles - when prosperity and cheap gasoline made big and fast available to everyone - is rapidly being replaced by an age of limits. The brakes are being applied by the terrible troika of climate change, government fuel economy standards and $4 gasoline.

There is no other alternative. It may come a surprise to conspiracy theorists, but the auto companies and the oil refiners haven't been collaborating to keep hyper-efficient cars off the market. That's because they don't exist. There isn't a technological path towards achieving a fleet average of 35 miles per gallon by 2020 - as the federal government wants - or 44 miles per gallon as California is pushing for.

For all the happy talk about alternative fuels, the cars of tomorrow will of necessity be much lighter, smaller and slower than the ones of today. There is simply no other alternative if you want to use less energy.

So a car like the V-8 powered Pontiac represents the last of its kind. Too bad, because on its own terms, the G8 succeeds. Built in Australia by GM's (GM, Fortune 500) Holden affiliate, the $31,000 G8 represents an excellent blend of value and performance. It's a five-passenger midsize car that hugs the road and accelerates with authority. The 361-horsepower engine rockets the car to 60 miles per hour in 5.8 seconds, as measured by Popular Mechanics, while producing appropriate noises from its twin exhaust pipes.

Yet with a combined fuel economy rating of 18 miles per gallon, there is no way that this car can exist in GM's lineup. It is simply too inefficient. GM estimated the annual fuel cost of the G8 at $2,502 a year based on 15,000 miles of driving - and that was when gas was $3 a gallon. These days, you can hike that number by a third to more than $3,300.

Next to the muscularly handsome G8, the Nissan (NSANY) Cube looks like a reject from "Toy Story." The name says it all: The Cube is a box on wheels. Tiny wheels at that, powered by a tiny motor. Ninety horsepower is all the Cube can muster, straining to get its driver and passengers to 60 miles per hour in more than twice the time it takes the Pontiac.

Yet for the kind of around-town driving most of us do every day, the Cube fills the bill. There's lots of space inside (Nissan says it has more room than a Mercedes S-class), a handy cargo door in the rear and fuel economy that even a miser can enjoy. It's estimated at 35 to 40 miles per gallon.

While the Cube offers a different driving experience than the G8, I'd be hard pressed to say it is worse. The smaller Cube is easier to turn and park, and at 1,600 pounds lighter, it feels more nimble and fun to drive.

The Cube has been on sale for a decade in Japan and a new model, created for the U.S. market, arrives here next summer. Whether it will catch on is hard to say. Toyota sells about 4,000 units a month of another box-shaped car, the Scion Xb; still, this is a narrow market and it is anybody's guess as to how wide the niche will be.

Yet there is no confusion about the direction of the overall trends. Propelled by government regulation, environmental awareness and plain old economics, they are headed away from the G8 and directly toward the Cube.

A couple of years ago, tobacco use finally reached the tipping point where it no longer became acceptable to light up in public. Today, it is hard to imagine that we ever did.

Powerful, high-displacement automobiles like the G8 are approaching that same juncture. At some point, people will find it sociably unacceptable to drive them. Exactly when that day arrives is anybody's guess, but it surely isn't too far off.

Automotive Armageddon: The next U.S. president could obliterate the auto industry as we know it.