The liberating effect of failure

Failure is the crucible that makes a leader into a hero, says Yale's Jeffrey Sonnenfeld.

By Patricia Sellers, editor-at-large
Lessons of the fall: JetBlue 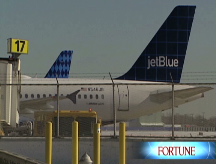 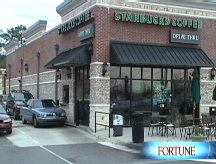 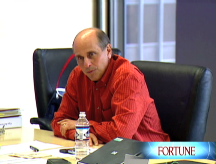 NEW YORK (Fortune) -- Jeffrey Sonnenfeld knows failure. A professor at the Yale School of Management and founder of the non-profit Chief Executive Leadership Institute, Sonnenfeld has risen to leadership-guru status by becoming the expert on how CEOs stumble and bounce back. He first explored failure 20 years ago in his book "The Hero's Farewell: What Happens When CEOs Retire." Sonnenfeld's latest, "Firing Back: How Great Leaders Rebound After Career Disasters," hits the topic head on. Fortune editor at large Patricia Sellers talked with Sonnenfeld about what he has learned studying failure. An edited version of their conversation:

I was up at Harvard teaching a career management course. One of the assignments was a 30- to 60-page paper on students' own lessons in their lives. The students kept volunteering awful things that happened to them - abuse by a teacher or a crisis during a stint in the Peace Corps where someone close to them died. These were young adults with leadership potential.

And the field of failure was ripe for discovery by someone like you?

Most of the leading literature was and is obsessed with success. From Poor Richard's Almanac to Norman Vincent Peale's Power of Positive Thinking, which says that the locus of control is with you. Yes, that's nice. Deepak Chopra and Stephen Covey talk about mastering your destiny. Today's self-help literature and prevailing psychologists stress avoidant behavior - like Scarlett O'Hara saying "Tomorrow is another day."

What's wrong with that?

Does failure - or beating back failure - make you a better person?

It makes a hero. Joseph Campbell wrote about this. The hero has certain consistent qualities in every culture: a common touch, a call to greatness, a critical trial and a setback. Failure punctuates truly great leaders. They aren't great until they've failed. Failure is the crucible, the test. They deal with it, and their confidence and capabilities are enhanced.

How does this work in business?

[Home Depot (HD, Fortune 500) founders] Bernie Marcus and Arthur Blank wore failure as a badge of honor. They taught their employees about managing disappointment. There would be no Vanguard if Jack Bogle hadn't been fired from Wellington Management. And Jamie Dimon, after he was fired at Citigroup (C, Fortune 500), had the courage to run Bank One and now JPMorgan Chase (JPM, Fortune 500) his way. He now has the cleanest balance sheet on Wall Street. Failure empowers leaders to do things differently. It gives them courage to be independent thinkers.

What lessons have you learned about failure?

First, fight, not flight. You have to face up to battle. Second, recruit others in battle. Use networks effectively. Third, rebuild your reputation.

What else do successful rebounders do?

They create a new purpose. Many people think that prominent people rebound because they're wealthy and have access to resources and great connections - or luck. No, it's the conscious choices they make.

Who rebounded by crafting a new purpose?

Martha Stewart. She saw the frothing glee of people who wanted to bring her down, and rather than be frightened and chastened by that glee, it only motivated her more. She focused on defining herself by her future, her comeback.

What's the No. 1 reason business bigwigs fail to deal with failure properly?

They're afraid of looking weak. Everyone can learn from [JetBlue (JBLU) founder] David Neeleman, who has had the rug pulled out from under him a few times. He has the confidence to ask questions about how to do things differently. And he knows that if he's going to be a maverick, failure is going to be a cost. He's comfortable talking about his setbacks and he's proud of his Protean-like resilience.

People who fail should feel liberated. They've already failed. Get over it!

Lessons of the fall: Ex-CEOs from JetBlue, Starbucks, and Motorola discuss what they learned when they lost their jobs.
Related Articles