Brian Tierney and other buyers of publicly-held newspapers thought they had the perfect fix for the moribund business. It's not working. 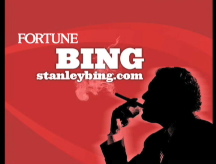 NEW YORK (Fortune) -- Brian Tierney was pretty cocky when he and a group of investors bought the Philadelphia Inquirer and its sister, the tabloid Daily News, for $515 million two years ago. The former public relations magnate vowed to boost circulation and revenue at the papers.

How would he do that when Knight Ridder, their former owner, had failed to do so before reluctantly selling itself to McClatchy Newspapers (MNI)?

Tierney boasted that he and his partners could invest more money into the Inquirer and the Daily News because, unlike Knight Ridder, they weren't facing angry public shareholders obsessed with the next quarter.

Sounds straightforward enough. Focus on the long-term and reap the rewards of your fortitude. But that doesn't mean Tierney and his partners aren't under considerable pressure in the short run.

They borrowed at least $345 million to finance their acquisition. Last week, a Standard & Poor's newsletter reported that Philadelphia Media Holdings was in violation of its covenants on its senior debt and missed a June 1 interest payment on a mezzanine loan.

Jay Devine, spokesman for the company, declined to comment on the specifics of the credit challenges. "This is not a sign of any big problems at the company," he insists. But given the financial pressures, Tierney and Co. can only be doing so much investing in the Inquirer these days.

A similar story is playing out at newly-private newspapers across the country. In December, real estate tycoon Sam Zell took the Tribune Co., publisher of the Chicago Tribune and the Los Angeles Times, private in a deal financed with $8.4 billion in debt. Now he's selling Newsday and other assets because the company isn't generating enough cash to cover a $650 million debt repayment looming in December. Another $750 million is due next May.

And then there are the guys at Avista Capital Partners, the New York-based private-equity fund that bought the Minneapolis Star-Tribune for $530 million in 2007, using nearly $430 million in debt. Two months ago, Avista wrote down the value of its own $100 million investment by 75%.

Tierney and his peers are discovering that there's little benefit to being a private newspaper company owner - at least when you've borrowed a lot of money to become one, your business prospects keep getting worse, and credit is generally hard to come by anyway.

It took years of mediocre financial performance before Knight Ridder's equity investors rebelled and forced the company to put itself on the auction block. In today's environment, lenders are likely to be a lot less patient.

Unfortunately, Tierney and his fellow publishers-in-training are running up against the same secular trends that have confounded their public-company peers. They've bought big city papers that were losing circulation and ad revenue share. Now the weaker economy is decimating the automotive, real estate and employment classifieds that traditionally provided close to half their ad sales.

The ailing economy is making lenders less willing to cut the likes of Philadelphia Media any slack, says Dave Novosel, senior analyst at Gimme Credit. A recovery could take some of the pressure off, but Novosel says these companies may still be in a tight spot because of the exodus of advertisers to the Internet.

"It's more than likely that their cash flows will be flat or down in a year," Novosel predicts.

So what are their new owners doing to head off disaster? A little of this, a little of that. Philadelphia Media has added 30 positions at its online division. The Tribune is exploring ways to re-invigorate its ad sales force. But it may be a while before these moves translate into revenue growth. In the meantime, their papers are slashing staff.

That's what Tierney said he wouldn't do before he and his investors bought the Inquirer. Since then, Philadelphia Media has laid off about 140 employees at the two papers - 5% of the total staff.

"Knight Ridder took the headcount down and was pretty draconian about it," says Henry Holcomb, president of the Newspaper Guild of Greater Philadelphia "But they did it through early retirement incentives. The first layoffs we've ever had were under the new owners."