A slowing economy is expected to crimp sales of the largest sets. 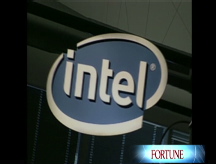 America's supersized consumer appetite is shrinking. With the increased costs of food and fuel, rising unemployment, falling home prices, tighter credit and general gloom it's hardly a surprise that people aren't bulking up on big ticket purchases like they used to.

But big screen TV sales have held up well. Until now. Analysts say the next consumer luxury to feel the pinch of the slowing economy will be the Humvee of TVs- the 46-inch-and-above, $3,000-plus flat-screen high-definition set.

The number of "shipments are tracking in line but people are spending less on TVs," says Tayyib Shah, an analyst with Longbow Research. "People are buying smaller sizes and concentrating their spending on lower-priced models."

Other industry analysts says they are also seeing a dip in demand and uptick in supply.

"The second quarter will be slow because of the economic conditions," says iSuppli TV analyst Riddhi Patel. "Inventory levels are at 8 weeks, which is very high."

The likely results of this cooling trend: Lower prices on big TVs to move a mountain of inventory, and cuts in production levels to adjust to lower demand.

These component makers have three ways to adjust supply to demand, says Muse. First, they partially assemble screens and finish them later to fill orders. Second, they shift production from TV screens to computer monitors. And if those approaches aren't enough, they cut production.

"It's still early, as far as what's going on," says Muse, "but the initial news out of Asia is not inspiring."

A slowdown would seem to come as a big surprise to Corning. As recently as three weeks ago, CEO Wendell Weeks said there was "no evidence of an economic downturn impacting LCD TV sales in the U.S."

But as the supplier at the far end of the chain, Corning has shown a blind spot when it comes to slowdowns. At the peak of the Internet building boom, for example, all Corning could see was sky high demand for fiber optic cable, even as the industry ran right off a cliff.

The signs that big TVs are going the way of the Ford Excursion aren't so indisputable yet. On Tuesday, electronics retail giant Best Buy (BBY, Fortune 500) posted solid quarterly results partially on the strength of TV sales. TVs got pushed out the door thanks to customers wielding Federal stimulus checks, and an increase in financed purchases through Best Buy credit cards.

But that buy could well be shrinking in size. That's bad news for glassmakers - and to the head of the household who has to settle for a foot less of crystal clear video screen just to keep gas tank filled.