Believe it or not, we have a pattern of defeating economic downturns. Here's one way out this time.

Fortune: Inside the new issue 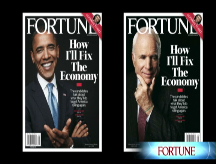 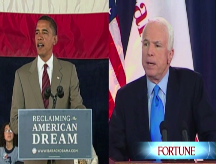 (Fortune Magazine) -- The trouble with gloom is that when you're surrounded by it, that's all you can see. A sunny tomorrow could be on its way, but the present darkness is definite. Obviously I'm talking about the economy, not the weather, and I'd like to propose the radical thought that, contrary to the evidence that surrounds us right now, just possibly the apocalypse is not at hand.

Today's pervasive pessimism certainly seems well founded. Oil above $130 a barrel is a massive tax on the U.S. economy. Sharply falling home prices are panicking U.S. consumers. Their inflation-adjusted total compensation hasn't risen significantly in years, and the prospects don't look good after the latest jobs report, which showed a big jump in unemployment. You can't blame people for feeling miserable - the consumer confidence index just hit a 16-year low - or for cutting way back on spending. Since consumers power the U.S. economy, economists figure a recession is on its way or already here. And since this recession (if that's what it is) seems driven by very large forces, it's hard to see what might turn it around.

So it's important to remember that we've been here before. The closest parallel was the miserable '70s and early '80s, when stocks went nowhere for years, stagflation dragged on, the dollar tanked, and oil prices rocketed. America's economic model no longer worked, we thought, and Japan's superior system would slowly but surely grind us to dust. No one could see the solution, yet our system found it. U.S. industry restructured - painfully - and has since produced more than 20 years of impressive growth, interrupted only by the mini-recessions of 1990--91 and 2001.

The way we get out of today's slump will be different. Here's one plausible scenario. Home prices, down 17% from their peak, stop falling in most of the country by year-end. The financial system clears out the last remnants of subprime junk; by the fourth quarter, credit eases back to near-normal levels. The oil price bubble bursts as today's high prices eventually bring forth lots of new production (see Shawn Tully's column). Even if unemployment goes to 6% from today's 5.5%, people remember that it hit 6.3% just five years ago, when the economy was growing. Finally consumers can breathe - and spend - again. Traumatized by the housing bust, they don't spend as freely as in the old days. (But that's good. They'll need savings years from now when Washington is forced to squeeze Medicare benefits.)

How do I know any of this will happen? I don't. In fact, I'm practically certain things won't play out just as I've described; the future always fools us. But I do know that our system has a genius for producing solutions that no one individually can see. And I know that our capital markets are still the world's best at allocating resources, and that our peculiarly American talents for risk taking, problem solving, and imagining are especially valuable in today's global economy.

It's a bit unsatisfying to say that we should simply believe things will get better without being able to say how. In fact, that position is easy to ridicule as Pollyanna-ish. Yet in previous tough times, that has been exactly the correct position to hold. Right now, when seeing beyond the gloom is so difficult, is a good time to remember it.