As the CFTC trumpets its charges against a Dutch trading fund, the fundamental supply-and-demand factors that govern the price of oil haven't changed. 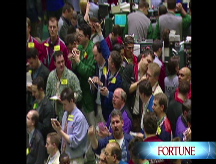 NEW YORK (Fortune) -- Watch out, speculators: The Commodity Futures Trading Commission is getting tough on crime. But since, as the CFTC has said, speculation hasn't pushed up prices, the crackdown will benefit its image more than the economy.

Under increasing pressure from Congress in recent months to crack down on speculative activity in the oil futures markets, today the CFTC filed civil charges against Optiver, a Dutch trading fund, plus two subsidiaries and three employees, alleging manipulation of crude oil, heating oil and gasoline futures prices on the NYMEX. According to the charges, the defendants attempted to manipulate short-term prices on 19 different occasions in March 2007, were successful at least five times, and netted an illicit profit of $1 million.

"Today's action lets the marketplace know that the division of enforcement has a zero-tolerance policy for illegal gamesmanship when it comes to our nation's vital futures markets," said Stephen Jay Obie, the CFTC's acting head of enforcement, at the press conference.

Asked if he was willing to say that the charges are not politically timed, Obie heartily obliged. "I categorically deny it," he responded.

Optiver issued a statement Thursday that said, "we believe that we have run our business by doing not only what is best for the bottom line, but what is right," but said it would not comment further until it had an opportunity to review the complaint.

But given the fact that the Senate is currently considering a bill that would compel the CFTC to limit the amount of trades by certain market players - namely the shady speculators who, lawmakers believe, must be to blame for the skyrocketing price of oil - it's hard not to see today's charges as a response to Congressional pressure.

Unfortunately, what will almost certainly continue to get lost in the coverage of the Optiver case - and, of course, in the ongoing bickering between Democrats and Republican about the provisions to attach to the speculation bill - is that Congress still has its facts wrong. That was reinforced by the CFTC's other big move this week: the release of a refreshingly reasonable and insightful report on the causes of the increase in the price of oil.

This meaty 40-page document has gotten short shrift this week. But it ought to be required reading for majority leader Harry Reid and his fellow senators before they press ahead with legislation that might do more harm than good.

The big conclusion of the Interim Report on Crude Oil, the product of an interagency task force led by the CFTC, is that "current oil prices and the increase in oil prices between January 2003 and June 2008 are largely due to fundamental supply and demand factors."

And it makes a really strong case. Global GDP has grown at close to 5% annually since 2004, the report points out, driving rising consumption of oil. And production has not been able to keep pace. In June, world surplus production capacity, the task force says, was a mere 1.35 million barrels per day, or about a third of what it average from 1996 to 2003. The market is getting tighter and tighter.

Just as compelling are the report's conclusions about what's not happening: Analysis of the futures markets showed no evidence of speculators driving up prices.

Plenty of smart observers (including my colleague Jon Birger here and here) have done a good job explaining why blaming speculators for $130/barrel oil just doesn't make sense. In their rush to embrace a quick-fix solution to the problem and to appease constituents outraged about $4 per gallon gas, however, lawmakers have seized on testimony from witnesses like hedge fund manager Michael Masters. Masters made a big splash by blaming a flood of money from institutional investors, who he termed "index speculators," for driving up prices.

That doesn't appear to be the case. When the task force examined non-public trading data for the so-called swap dealers (traders such as investment banks) who handle transactions for those institutional investors as well as other market participants, they found no evidence that their activity was providing upward pressure on prices. On the contrary, the analysis showed that the dealers "have held roughly balanced long and short positions in the crude oil markets over the last year and actually held a net short position over the first five months of 2008."

In other words, from the beginning of the year through the end of May, during which time the price West Texas Intermediate crude rose from $96 to $127, the positions of swap dealers would have benefited more from prices falling than rising. So much for blaming "index speculators" for the price rising.

What about regular "speculators" like hedge fund managers? Despite isolated examples such as the alleged behavior by Optiver, the CFTC's statistical analysis again found no evidence that speculative traders had significantly affected prices one way or another. In fact, their trading activity appears to have helped. "[T]he positions of hedge funds appear to have moved inversely with the preceding price changes," the report concludes, "suggesting instead that their positions might have provided a buffer against volatility-inducing shocks."

That's right, in general hedge funds have probably made things better, not worse. Driving out speculators and hedgers is not the way to solve the oil problem. And limiting their activity will only make the market less efficient.

One trading fund that may have broken the rules over a year ago doesn't change that.

Correction: An earlier version of this story described Optiver as a hedge fund. Rather than manage a pool of investment money, Optiver engages in proprietary trading in exchanges around the world, serving as a market maker and capitalizing on arbitrage opportunities.