How one bank avoided the meltdown

BNP Paribas helped spark the global credit crunch when it froze three funds a year ago. So why is it the largest bank in the world that hasn't had to raise any capital? 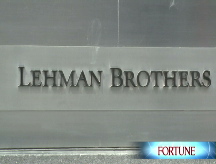 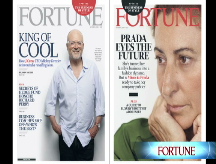 NEW YORK (Fortune) -- Not every player in banking is getting clobbered these days. BNP Paribas, which sparked part of the very first global credit-crunch panic when it froze three funds on Aug. 9, 2007, may emerge as the bank least affected by the industry's carnage.

The third-biggest bank in Europe by market value, behind Britain's HSBC and Spain's Banco Santander, is the largest bank in the world that has not had to raise any capital since the middle of last year. (Those three funds, frozen because BNP could not decide how to value their securities, re-opened a few weeks later and sustained only small losses.)

The once-government controlled bank, headquartered in an elegant eighteenth-century building in Paris's opera district, has not had an unprofitable quarter since the crisis began  an honor it shares only with Goldman Sachs (GS, Fortune 500) among comparable financial institutions. Its write-downs and loan losses have been relatively limited: only $3.6 billion worth of subprime-backed debt and leveraged loans out of its $1.8 trillion in assets (vs., say, Merrill Lynch's (MER, Fortune 500) $51.8 billion in write-downs with just half the asset base). BNP now has the highest S&P creditworthiness rating, AA+, of any global bank of its size. As its competitors flail, BNP has moved up to the world's tenth-largest bank by market capitalization.

So how did a bank so big manage to avoid the market chaos around it? Unlike many of its peers with sizable investment bank operations, about two-thirds of BNP Paribas's revenues come from retail banking, mostly in France, Italy, and Spain. With substantial retail deposits (about $650 billion at the end of 2007), it can fund its investment-banking operations with existing capital instead of having to tap short-term lending markets or highly leveraging itself. "People have forgotten that retail banking is a good business model," says Lewis Kaufman, a portfolio manager at Thornburg Investments who is long on the bank.

Investment banking is seen as an add-on to the core retail business, so BNP Paribas's focus is on client services that generate fees, not trading those assets to make money for itself. By contrast, the Big Five U.S. investment banks (including the late Bear Stearns) generated more than half their revenues from trading in 2006, up from 41% in 2000, a big chunk of that in mortgage-backed securities. But all that, of course, came crashing down in the second half of last year.

BNP Paribas avoided the temptation of that gusher. "They are very conservative, very traditional bankers," says Kimon Kalamboussis, an equity analyst at Citigroup in London, "and they won't touch things unless they understand exactly what they are."

In 2005, when the worst of the worst subprime-backed securities were being created and sold, BNP was just setting up its desk to trade on behalf of clients who wanted to invest in the U.S. mortgage market. Most of what it bought, it hedged by buying insurance. In June, CEO Baudoin Prot, a former French civil servant who started working at the bank in the early '80s when it was still state controlled, told analysts that only $1 billion of the bank's investment assets had been exposed to subprime mortgages.

That prudence is now translating into new opportunities. BNP Paribas has improved its market share in M&A advisory, snagging key roles in deals like Time Warner's spinoff of its cable business and UBS's stock sale. It has moved up the league tables in global leveraged-loan issuance (deals in which clients look for strong balance sheets in their lenders), from No. 14 to No. 9, according to deal-tracking firm Dealogic.

With momentum like that, some are wondering whether the bank ought to loosen the reins to take on a bit more risk and raise capital to finance faster growth. Analysts and some within the bank are now urging BNP to buy a big competitor on the cheap to put itself permanently in the bulge bracket. Not likely, say some observers, a few jokingly citing the bank's use of Carla Bruni to advertise its mutual funds in the 1990s as one of its riskiest moves.

BNP has made several smaller deals this year, including nabbing Bank of America's prime brokerage unit after other reeling suitors backed off, buying asset-management firms in the Netherlands and the U.K., and taking a stake in a Libyan bank. But CEO Prot and his team who did an $11 billion deal for bank BNL in Italy in 2006 passed on the chance to bid for Société Générale after it was smacked by a rogue trader, and on Citigroup's Germany retail banking operations when they were put up for sale.

Published speculation that Wachovia would make a good fit proved unfounded, as BNP said it wasn't considering the move. Same for a suggestion by Merrill Lynch's analysts that Zions Bank, based in Utah and with branches around the Pacific Northwest, would be a good addition to BNP's existing U.S. retail subsidiary, Bank of the West in California. "We would rather not invest even if we may miss some short-term revenue opportunities," says head of asset management and services Alain Papiasse, speaking for the bank.

Though they have not ruled out a capital raise to get a deal done, BNP Paribas's top management says it isn't going to be tempted by fire-sale prices. "We are not fashion victims," says Papiasse. "We are ambitious but still cautious." French banking, a bastion of stability - who knew?