The buck's role as safe-haven currency stands out in a dim U.S. and global financial landscape. 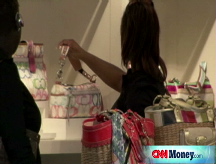 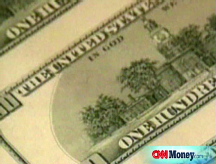 NEW YORK (Fortune) -- Americans unsettled by a dour economic outlook might take some consolation from a most unexpected source: the rejuvenation of the beaten-down dollar.

After six years of steady decline, the U.S. currency is on a major upswing, fueled by fears of a global recession and a meltdown in financial markets.

The New York dollar index, a measure of the dollar's value against the currencies of major trading partners, is up 14% off an all-time low set in the Bear Stearns panic.

The rally against the euro is even more striking: Just two months after it bottomed out at $1.60 to the euro, the dollar has jumped 13% against the European currency.

The reversal has been driven by a souring global economic picture and the flight of investors to safe U.S. Treasury securities from riskier assets such as stocks, corporate bonds and property.

The dollar's renaissance is particularly remarkable, given that it comes as an already deeply indebted nation prepares to take on additional obligations in support of mortgage giants Fannie Mae (FNM, Fortune 500) and Freddie Mac (FRE, Fortune 500). The move has taken market watchers by storm.

"The speed of the rally has been really striking," says Rebecca Patterson, global head of foreign exchange at J.P. Morgan's Private Bank. She said she has been surprised at the currency's steady rise in recent months, though she notes that many of the gains have come during August and September, which are traditionally volatile months in the currency markets.

Even so, the shift is remarkable because it comes as the U.S. economic outlook seems to dim by the hour. House prices are tumbling, joblessness is rising and the wheels are coming off the financial sector.

Last weekend the government effectively nationalized the mortgage business, via planned purchase of preferred stock in Fannie and Freddie, in a bid to quell worries stemming from the creaking housing market.

Since then, though, shares in firms such as Lehman Brothers (LEH, Fortune 500) and Washington Mutual (WM, Fortune 500) have gone into free fall, amid questions about their ability to raise new capital to offset mortgage-related losses.

Yet investors in currency markets are now focusing on the increasingly gloomy view overseas. The global growth story that appeared robust only six months ago now appears much less compelling.

National output declined in the second quarter in Europe, the U.K. and Japan, and central bankers in New Zealand this week made a deeper-than-expected cut in their policy rate in a bid to steer clear of recession. The prices of commodities such as oil, gold and grains are in free fall, signaling weakening demand even in fast-growing nations like China.

Currency traders are now betting those trends will have central bankers in other developed nations cutting interest rates, as much as they might prefer not to with inflation readings uncomfortably high.

"The dollar takes on the role of a safe haven currency," writes CMC Markets currency strategist Ashraf Laidi, "as U.S. authorities have undertaken the most measures in stemming the deepening slowdown."

And if U.S. growth prospects appear dim for the moment - Laidi expects the Fed to resume cutting interest rates as early as the fourth quarter, as financial sector weakness further impairs the rest of the economy - many of the worst-case scenarios that might presage a deeper dollar decline have failed to manifest themselves.

Patterson notes that even in August, as foreign central banks became net sellers of agency securities - those issued by Fannie, Freddie and the Federal Home Loan Banks - they increased their purchases of Treasury bonds, according to data from the Federal Reserve Bank of New York.

"Capital flows remain strong," she says. That's important because the U.S. needs to import billions of dollars in overseas capital every day. The current account deficit, the broadest measure of trade, was $176 billion in the first quarter, or 5% of gross domestic product, the Commerce Department said in June.

That said, while the prospect of rate cuts in Europe should mean the dollar remains strong in coming months, Patterson says she believes the currency is due for a round of profit-taking, at least.

A dollar selloff could be triggered by good news from emerging markets, she says, which might prompt Americans to invest more overseas, or by a spike in the price of oil. And the threat that foreign suppliers of credit to the U.S. economy might demand higher interest rates remains ever present.

What's certain is that with the U.S. consumer retrenching after years of driving global growth, currency markets aren't the only place where it's a challenge to sort out all the moving parts.

When investors start figuring out how the parts of a rebalanced global economy might fit together, good news beyond a bounce in the dollar may finally come into view.

"It was once understood that the way the world works, in extremis, is that the U.S. taxpayer is there as buyer of last resort," economist Jim Griffin writes in the ING Investment Weekly. "When we can come to understand the way the world works when U.S. financial limits are approached, it may then be possible to lift this morose market mood."