Google not yet ready for prime time

The search giant's deal with NBC is another half-hearted effort to move beyond the Web. 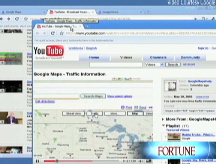 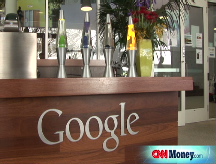 LOS ANGELES (Fortune) -- The announcement from Google and NBC Universal hailing a joint venture to sell TV ads via Google's online service seemed like a nice bit of PR for both sides, signaling some thaw between the Web giant and the media establishment, and carrying the promise of new revenue streams for both sides.

And yet, based on close reading and conversations with people who were involved, the deal looks like a whole lot of nothing much - another Google (GOOG, Fortune 500)experiment that we likely will not hear of again for a long while. (Similar efforts by Google to move into the print and radio ad businesses have produced results that Google doesn't quantify and people have mostly stopped buzzing about.)

Ever since Google's market capitalization soared past those of the media giants, there has been much portent about the search king extending its Web advertising dominance into other forms of media, and a lot of hand-wringing over whether Google is friend or foe to entrenched players. In the meantime, Google has been occasionally putting out announcements like Monday's with NBC that seem more typical of a startup then an industry titan.

For instance, the deal with NBC is laden with restrictions on Google - NBC is only making a sliver of its advertising slots available for sale via Google, on channels including Sci-Fi, CNBC and Oxygen. None of the Google-sold ads will appear on the flagship NBC broadcast network or its top-rated cable channel, USA Network.

More important - and here's something that was not spelled out publicly - Google can only sell advertising at the same price - or higher - than what NBC would normally charge.

That is curious, since one of the sexiest underpinnings of Google's Web success is that its auction-based system can create a market for remnant ads - pages or airtime that may not sell at full price - and auction them off to the highest bidder.

Google's hope is that the ease of use of its Ad Words auction system, its ability to track results, and its existing relationships with advertisers will entice more businesses to buy TV ads. As with a similar deal Google has with satellite TV operator DISH network, it might also help Google's struggle to figure out how to make money off of its own video efforts - YouTube in particular - if it can get existing text advertisers thinking about video.

While General Electric-owned NBC Universal may not generate extra revenue from the sales, it could have the better end of the deal, because it will have a firsthand look at how Google has automated the buying and selling of ads.

According to media executives I've spoken to, Google has said it believes there might be as much as $40 billion in incremental TV advertising revenue - on top of the roughly $60 billion sold ever year on broadcast and cable - to be had by itself and others using technology to bring the kinds of targeted contextual ads to TV that it has revolutionized online.

The big question in any traditional media player's dalliance with Google is how much value will accrue to it versus the digital middleman. As a result, cable operators several months ago banded together to create their own venture, called Canoe, to sell and put targeted advertising on people's TV screens via their set-top boxes. You can just imagine the cable gang: "sorry Sergey and Larry, no room in the boat."

It is, of course, much too early to count out Google, age 10. People inside the company point out that the industries they are trying to move into have been around for decades - or centuries. New players often must buy a place at the table in their quest to gain control over incumbent forms. (The planned Google mobile phone is a wrinkle on the same theme, since telcos aren't eager to have Google take over their little screens either.)

In TV and print, it may well be that the only way Google is going to make real, quick progress is to start paying hefty guarantees of the sort it did to secure the business of big search customers MySpace and AOL, and may soon be doing with Verizon. But that's unlikely until Google can figure out exactly how much money there is to be made. Or it could go out and buy some old-media businesses outright - but you can imagine what a non-starter that is for Google stockholders.

So until something gives, the likely way this plays out for the next few years is that Google remains the ruler of Web advertising, while traditional media retain province over their much larger, but slow-growing domain. This revolution is not ready to be televised.