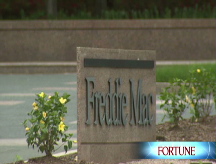 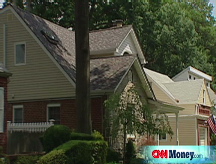 (Fortune Magazine) -- Everyone is running around arguing about whom to blame for the Fannie Mae-Freddie Mac disaster. But there's one simple truth that doesn't seem to be part of the national conversation: that the Fannie-Freddie fiasco is due at least in part to the Federal Reserve Board's cutting short-term rates to ridiculously low levels over the years.

Consider it yet another example of the law of unintended consequences - dealing with one problem, such as troubled financial markets, can give rise to others you didn't anticipate, such as borrowers bingeing on cheap money.

The Fed generally gets tons of praise when it cuts rates, but the nasty side effects of ultra-low short rates, like today's 2% Federal funds rate or the 1% rate of June 2003-June 2004, are rarely noted. That's because few analysts link the low rates to the problems, which generally erupt well after the rate cuts have been instituted. And only a few of us media types complain about immediate troubles caused by the rate cuts, which reduce the interest income of prudent folk, such as retirees who've saved all their lives, while helping the imprudent.

Fed chairman Ben Bernanke, in office since 2006, has been bailing out the imprudent for the past year, feeling he has no other choice. His predecessor, Alan Greenspan, episodically bailed them out during his 18 years as head Fed.

You can make a good case that low short rates were major contributors not only to the Fannie-Freddie mess but to the overall problems of the U.S. housing market, which in turn have caused many of the troubles in the financial system.

How so? It's the old borrow-short, lend-long game, which every sophisticated player knows is risky but oh-so-tempting. When the Fed cuts short rates, which are the only ones that it controls, long-term rates generally don't fall much, and sometimes even rise. That's because inflation fears weigh heavily on long rates, and lower short rates are seen, rightly or wrongly, as stoking inflation.

A big spread between short-term rates and long-term rates tempts players to borrow gobs of short-term money, invest it in higher-yielding long-term assets, and try to make a fat profit off the spread. This is also known as the carry trade.

But carry-trade practitioners often get carried out when something bad happens - such as a rise in short-term rates, a fall in the value of assets they've bought or borrowed against, or lenders' refusing to renew their short-term loans. And something bad almost always happens.

Fannie (FNM, Fortune 500) and Freddie (FRE, Fortune 500) borrowed so much - call it 50 to 100 times their true net worth - that all it took was a 1% drop in the value of their assets to land them in big trouble. Lenders got antsy, Fannie and Freddie got fried, Uncle Sam had to step in.

When the Fed, under Greenspan, cut short rates sharply in reaction to the stock market bubble's pop in 2001 and to fears of nonexistent deflation in 2003, the housing bubble inflated. People got ridiculously low short-term teaser mortgage rates that let them buy vastly more house than they could have afforded at long-term rates. Because housing looked like a can't-miss deal, many people bought multiple houses on speculation, hoping to flip them at a profit. The borrowers assumed that when the short-term teasers came due, they'd be able to refinance with new teasers. But the Fed started raising short rates gradually in June 2004, lenders belatedly came to their senses, new teasers disappeared, house prices cratered, and the decline began feeding on itself.

That decline, in turn, threatens U.S. and world financial markets, which has prompted Bernanke to take extraordinary measures he felt necessary to keep markets going. Since the summer of 2007, the Fed has pumped hundreds of billions of dollars - soon possibly trillions - into the world financial system to bail out banks, investment banks, and soon, probably, Fannie and Freddie.

It looked really smart when it started. But don't be surprised if it all comes back to bite us in some unanticipated way in the not-too-distant future. It's the oldest economic story in the world: There's no such thing as a free lunch.

Wall Street's troubles are yours, too
Putting lipstick on a subprime pig