Tontine Associates' concentrated bets made it the envy of peers, but now the fund's investments are going south. 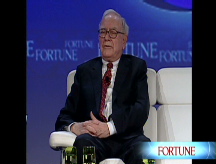 NEW YORK (Fortune) -- September was the worst month on record for hedge fund performance, but for one legendary player what's going on in the markets now must seem like its coming straight from the gates of hell.

Tontine Associates, a $10 billion Greenwich, Conn.-based fund, told investors on Friday that it expected to show a 2008 loss through Sept. 30 of 65%, according to two people familiar with the fund's performance.

Tontine builds large, concentrated positions in companies central to the big-picture investment thesis of the fund's general partner, former Smith Barney analyst Jeffrey Gendell. That kind of focused strategy can pay off big when a manager's vision is spot on.

Earlier this decade, Gendell bet correctly on the explosion in home-building, driving the fund to 100% returns in 2003 and 2005. Gendell made the Forbes magazine list of richest Americans in 2008 with an estimated net worth of $1 billion.

That looked like a sound strategy until a few months ago. No longer. Tontine's massive positions in companies such as U.S. Steel, iron miner and processor Cleveland Cliffs and tire manufacturer Goodyear have gone terribly.

As growth in the global economy started showing signs of a slowdown, and as investors began to worry that capital-intensive companies might have their access to bank lines and the debt markets constricted, Tontine's portfolio suffered sharp hits.

September was a particularly brutish month. Goodyear (GT, Fortune 500) shares fell 25.1%. (Tontine owned 13.1 million shares as of June 30, the latest date for which figures are available. Some of its positions have likely changed since then.)

Other Tontine holdings fared poorly, including a 38% drop in battery maker Exide Technologies (XIDE). The fund held a huge position in the stock, some 23.7 million shares, or 31.5% of the shares available.

So far October shows no signs of providing relief. Goodyear and U.S. Steel shares continue to post double-digit declines. And the stock of energy and construction engineering company Foster-Wheeler (FWLT), in which the fund held 4.4 million shares, is down 20% this month.

Calls and emails to Gendell and Tontine were not returned.

Buffett: My fix for the economy
Related Articles